Whether visible or hidden, over 40 million people in America have some type of disability, according to the United States Census Bureau. However, it’s been a constant fight for this minority group to receive the justice and respect they yearn for.

That was the point of  Disability and Social Justice Awareness Month, which was kicked off at CSUDH on Nov. 13 with a film screening of “Debt of Honor,” followed by weeks of panels, presentations, discussions exhibits.

On Nov. 15, SdRC held a three-hour Ability Ally Training led by Adam Kasarda, director of the SdRC. The training session was originally created by the Access and Disability Alliance as well as the Disability Resource Center at Cal Poly Pomona. However, the presentation given in November had a “DH treatment to it,” Kasarda said.

There are allies for several groups such as veterans, the LGBTQ+ community dreamers, so Kasarda said he “wanted to have that safe space for [those with disabilities] as well, so they know that this person has taken this training and they’re an ally and advocate for people with disabilities,” Kasarda said.

The presentation covered safe space guidelines, disability legislation, the history of the Americans with Disabilities Act and common barriers people face. It also provided an opportunity for the CSUDH community to learn about what disabilities are; what they might look like; and how to work with people with disabilities.

“We define ally in our presentation as somebody who is not a spokesman or expert but a smiling face, a listener, knows resources, a visible supporter — and that’s why we have our little ability ally cards that we printed out,” Kasarda said.

At the event, the SdRC revealed its new logo as well as the stickers for Ability Allies. Kasarda also plans to do the training with about 10 other departments on campus.

Leroy Moore, a founding member of the National Black Disability Coalition, led the “Being Black and Disabled under the Continuation of a Police State” presentation.

“It was interesting,” said Matthew Alford, president of Andante. “[He] talked a lot about how to deal with law enforcement even though you have a certain disability. And, [how] the police need to treat people with respect and fairness, just like anybody else.”

That was one of the last events for the month of celebration. However, following the month of events, Andante, a student organization that helps to foster “independent decision-making skills necessary for academic, occupational and personal success” for students with disabilities, according to the Andante Toro Link page, held a meet and greet on Dec. 5.

“It’s important to let people on campus know that no matter who you are, you can be yourself and whatever you want to be and that we respect you as a person,” said Alford, president of Andante. “It’s open to everybody. We’re helping people learn how to treat people with disabilities. Not treat them differently but treat them like everyone else and accept them for who they are.”

Also continuing into December is the Positive Exposures Exhibit in the Loker Student Union which will be on display until the end of the semester.

“That is a really cool piece,” Kasarda said. “We have more prints than that that we’re going to hang up in other places around campus. It shows what disability is and what it’s not; what it looks like; what it can look like; and what it doesn’t look like.” 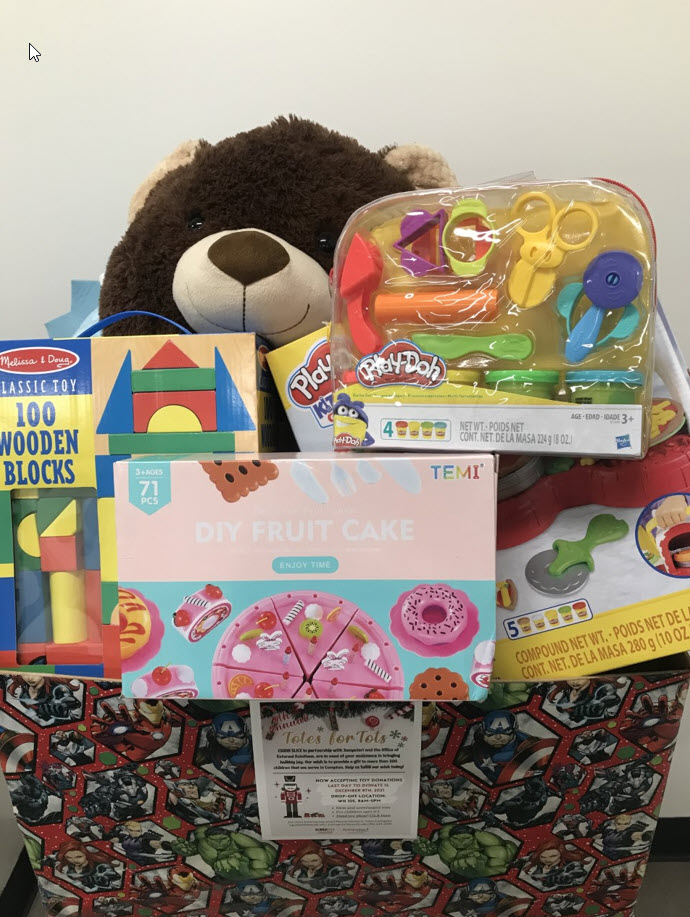