The 2021 spring semester at every one of the 23 California State University campuses will remain mostly online, CSU Chancellor Timothy P. White announced today.

“After extensive consultation with campus presidents and other stakeholders,” White said in his announcement, released on the CSU’s website. “I am announcing that the CSU will continue with this primarily virtual instructional approach for the academic term that begins in January 2021.”

“We have learned from experience that announcing this decision now will allow faculty and staff to continue or start professional development to be even more effective in the virtual space,” White said. “We also know that deciding now will allow our students and their families time to
plan appropriately.”

“This decision is the only responsible one available to us at this time,” White said in his announcement. “And it is the only one that supports our twin North Stars of safeguarding the health, safety and well-being of our faculty, staff, students and communities, as well as enabling degree progression for the largest number of students.”

In his announcement, White said that the September decision is needed because spring plans need to be finalized within a few weeks.

“Although we have just begun the fall term on most campuses, academic plans must soon be finalized for the term that begins in January 2021,” he said.

With that clock ticking, and the uncertainty of the coronavirus still a reality, White said concerns over a third wave of infections forecast between October and December makes it untenable at this point to consider opening campuses wide-scale.

“We know far more about it now than we did back in May. The
virus continues to spread. There is no vaccine and there likely will not be one widely available any time soon. The summer increase in infections that was forecast in the spring happened as predicted, and it was larger than expected.”

Update 9/10, 7:13 p.m. CSU Chancellor Timothy White sent an email to faculty, staff and students Thursday clarifying plans for the January 2021 academic term. It is the same announcement he made earlier in the day. Click here to read it in full. 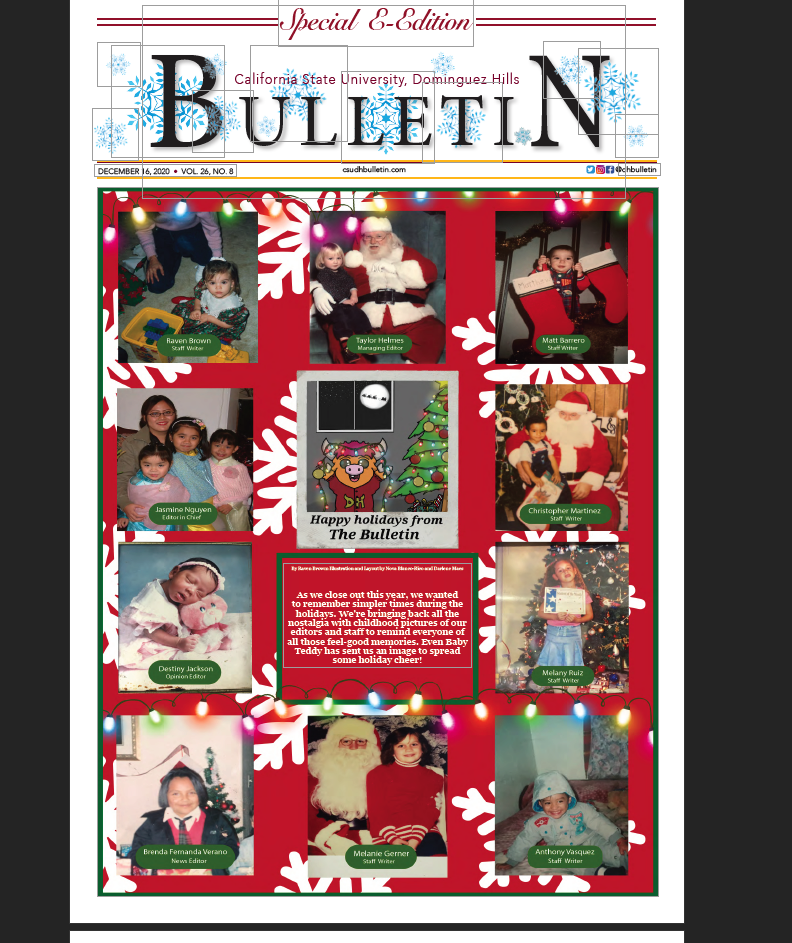 Straight Down the Chimney and Into Your (Digital) Hands: Special Holiday Edition of The Bulletin!