Laughter and conversation filled the room as students excitedly prepared themselves to step in front of the camera. One by one, they sat on the director chair to get their makeup done.

But these students weren’t getting ready for a commercial or a debate: they were getting primed to compete in a Feb. 22 gaming tournament sponsored by the eSports association at CSUDH, a competitive event filmed by Charter Spectrum.

Each of the dozens of players was hoping to dominate the tournament and take a major step in breaking into the professional ranks of a sport experiencing phenomenal growth.

But just as they were waiting for their moment to step into the spotlight, this university is contemplating taking its first step into eSports. A certificate program is currently under evaluation, and just last week an email was sent requesting faculty proposals for eSports classes that could be offered as soon as spring, 2021.

Which in turn is a product of the incredible growth of the video game industry, which generated nearly $120 billion in worldwide revenue, in 2018, according to an Oct. 1, 2019 article in Businessinsider.

eSports is a fraction of that bringing in $1.1 billion in 2019, according to the industry tracking company NewZoo.

That was a nearly 27 percent increase from 2018, and by 2022 the company estimated that figure would be nearly $1.8 billion.

Along with a burgeoning professional presence about 175 four-year universities field varsity eSports teams, according to ncsasports.org, the closest at UC Irvine.

There are also 270 Tespa chapters in North America, in which collegiate gamers can participate in tournaments that award scholarship funds.

Collegiate interest in the video game industry isn’t limited to the competition.  As a high-tech growth industry with plenty of upsides, a myriad of careers can be found, from designing and writing games on the playing side, to producing and market analysts on the business side.

Currently, CSUDH’s video game culture consists of students playing in the LSU Game Room, and the eSports association, which began in 2017.

There are several programs at CSUDH structured to help eSports students, including working with the career center to learn life skills they will need after graduation, Caputo said.

The association also works with the faculty development center in helping to find workshop curriculum pieces with eSports in mind, part of Caputo’s goal of spreading awareness that eSports and the gaming industry is a viable career path.

“We’re trying to educate our community on campus so that essentially we start building culture within our campus,” said Caputo.

Considering the presence of major companies such as Blizzard, Playstation, Naughty Dog, and Treyarch, if  CSUDH did create a certification program, Toro students wouldn’t have to go too far when it comes time to finding internships and possibly future jobs.

At the moment a certificate program at CSUDH is undergoing evaluation and program approval will be announced around April.

According to a Feb. 24 email sent by Mitch Avila, the dean of The College of Arts and Humanities, the college is “supporting an initiative by the President’s Office to increase the visibility and participation of the campus in eSports activities, and was looking for proposals to create pilot courses that could be introduced in spring, 2021.

Members of the association are all in for anything involving eSports.

An eSports program at CSUDH would “ bring everyone together and it will help everyone that’s participating in eSports develop not only in the game but as a person too,” said Ryan Pham, a senior planning on becoming a math teacher as well as an eSports advisor.

Destiny Ramirez, a senior graphic design major who would like to break into game development, agrees.

“I would absolutely recommend an eSports program at any college at any place,” Destiny Ramirez said.  “I feel like it’s given everyone an opportunity. It’s not just individuals, not a team, not a club, it’s a community,” Ramirez said. 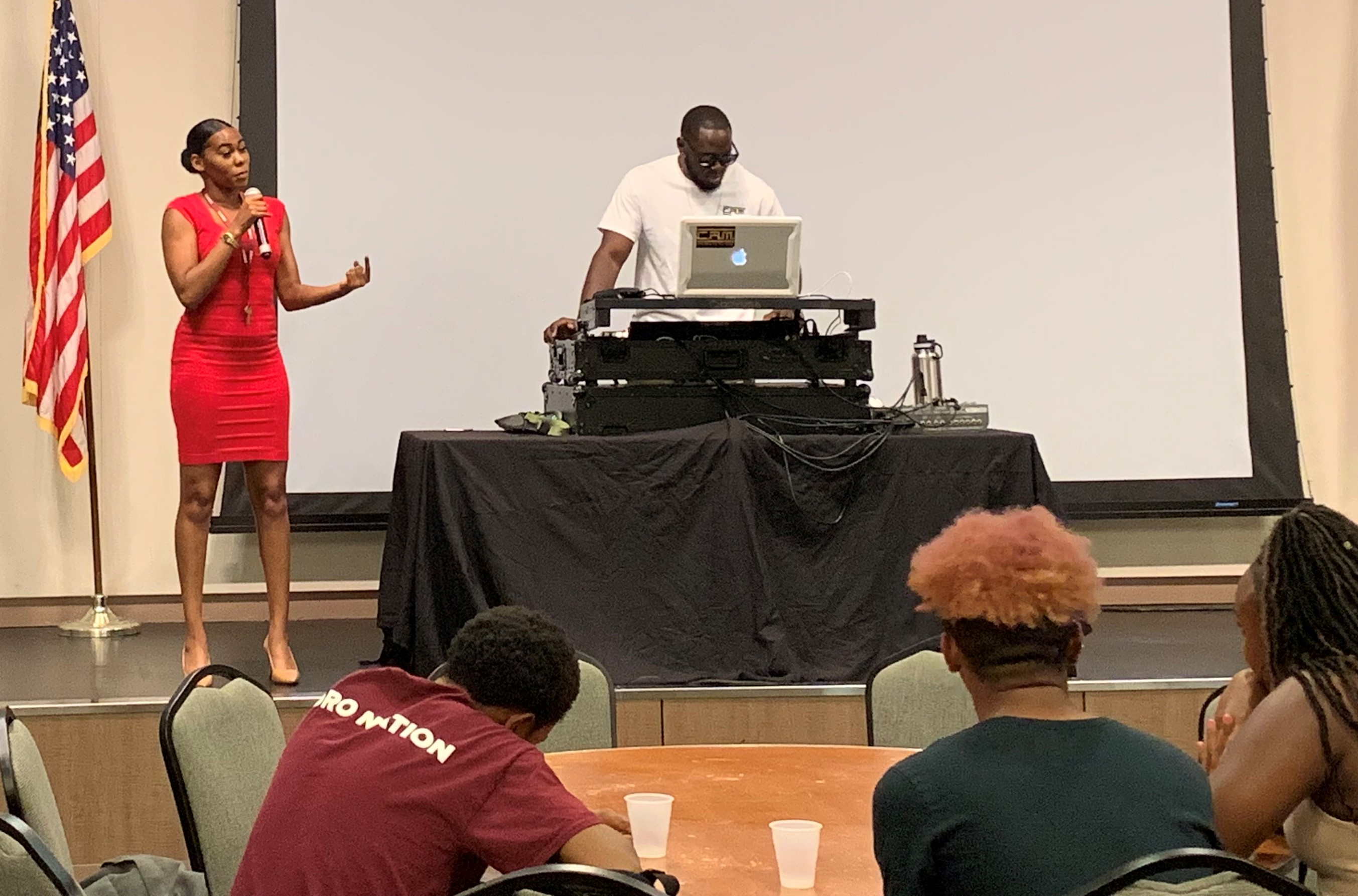 Black is Back: The Rose Black Resource Center