Bookworms of the World Unite!

Long Beach bookstore with Toro connection is all about social justice

The image used by Page Against the Machine owner Chris Giaco inside his Long Beach bookstore is an homage to the cover of the 1999 Rage Against the Machine album, “The Battle of Los Angeles,” designed by LA Street Phantom aka Joey Krebs aka Joel Jaramillo. The difference? The protester is not holding a book in the original image.

A 20th Century revolutionary once said that  “political power flows from the barrel of a gun.”  That’s not the kind of revolution Chris Giaco’s interested in. His preferred weapons are books and bikes.

Giaco is the owner of Page Against The Machine, an independent bookstore on Fourth Street in  Long Beach that opened in 2019. Through mid-June, it is hosting the physical extension of a  digital exhibit on the 1960s Black Power movement, assembled by the CSUDH archives and special collections.

The exhibit is a perfect fit for Giaco’s bookstore, as social protest infuses it from its name to much of its book selection.

The  name is a less-than-subtle homage to the 1990s Southern California-based band Rage Against the Machine, whose blend of punk, rock and hip-hop music hammered home their lyrical concerns, which included fiery denunciations of police brutality and calls for social justice.

“ I always say that the goal of PATM is to make a book version of what the band’s music and message represented,” says Giaco.

Check out Bulletin staff reporter Xitlaty Ruiz’s video, which features an interview with Page Against the Machine bookstore owner Chris Giaco about the CSUDH Archives and Special Collection’s exhibit on Black Power that he is hosting through the middle of June.

And the store’s book selection, while it does offer new releases and fiction, children’s and poetry sections, tends to “have political or socially conscious themes, basically left-leaning progressive stuff,” Giaco said.

The  leftward tilt is no accident, as the bookstore is a combination of Giaco’s longtime lifelong interest in reading as well as his interest in social justice movements and activism, something exemplified by a quote that is on the store’s window and its website:

“Hungry man, reach for the book: it is a weapon.”

Clearly, Giaco and his book store are more interested in sparking a revolution in consciousness followed by proactive action, rather than burning the house down.

Another insight that he’s not a wild-eyed, rabble-rouser has less to do with books and more about his favored mode of transport to and from work:

He pedals a bicycle six days a week to open the store (he also works there, as  for the moment he’s the lone employee).

It’s not that Giaco is making a statement about the need to reduce one’s carbon footprint; he just happens to live close enough to the store to ride his bike. But that small detail, which doesn’t seem to have any relation to the political bent of the books he sells, does factor into his concept of the store being a true alternative to corporate Book America (i.e., Amazon and Barnes & Noble). His business doesn’t just visit a neighborhood while dropping off packages or rent a cavernous space in a shopping center.

It lives in that neighborhood. Just like he is local enough to ride his bike to work, the store is local,  part of the approximately 80 independent businesses that straddle this part of Fourth Street between downtown and Cal State Long Beach, known as the Fourth Street Corridor, or Retro Row.

But though it’s part of the community, Giaco doesn’t envision PATM being just a magnet to attract bookophiles to meet and talk about books (although as  an avid book lover, he is certainly not against anything that promotes books). He also wants it to be a place for the unfettered sharing of ideas.

Though the pandemic derailed his plans  temporarily, Giaco had developed a regular slate of events ranging from poetry readings and local book author signings to the Long Beach Anarchist’s Collective and the Los Angeles chapter of the Revolutionary Communist Party.

Of the latter group, which hosted a documentary screening, Giaco said he heard concerns from a couple of regulars about giving the group space, but he said that reinforced his mission for the store.

“I decided that I may not necessarily agree with presenting something, just like I don’t have to necessarily agree with the opinion in every book I sell,” Giaco, whose political sensibilities lean left (“I was a big Bernie supporter, if that gives you any indication,” he said. “It’s more of a freedom of information thing. I’m open to anybody who asks as long as (the organization) doesn’t promote violence. If  a conservative group wanted to meet here, I’d have no problem with that—provided they would be open to some respectful but likely aggressive questioning.”

(Clockwise from upper left:)Page Against the Machine is located on the part of Fourth Street in Long Beach also known as Retro Row. Pages from the Black Panther party newspaper are part of the CSUDH archives exhibit on display on the bookstore’s walls through mid-June. Before the pandemic, owner Chris Giaco said that books about women’s studies were the biggest seller; now social justice leads the way, particularly books written by Black authors; That one speaks for itself; A reminder that one of the biggest battlegrounds over free expression involves many of the kinds of books that PATM sells; along with its more political books, the store offers sections devoted to local authors as well as children’s books.

Giaco hasn’t always been local. Born in central New Jersey, Giaco said he’s always been an avid reader, and also developed a strong interest in activism and social movements. He majored in political science at George Mason University in Virginia,  and most of his adult life he’s worked in bookstores (in fact, he moved to California in 1996 to help open a now-defunct Border Borders store on Bellflower Boulevard in Long Beach).

When he hit a point in his life when he thought of owning his own business, books weren’t the first idea, however. He co-owned a vintage store called Introspect just down Fourth Street from the current location of PATM

But apparently owning a bookstore was destiny.

Introspect was inside a large building that rented spaces to various vendors who sold things like furniture, clothing and records. While Giaco’s space offered some books, they were not necessarily political.

But on a Fourth Friday Art Walk, which is held every month in the neighborhood, Giaco decided to haul out some of his political books and created a pop-up book store. More as a lark than a strategy, he christened the pop-up it Page Against the Machine.

“That was the first use of the name and where the focus of the books was overtly activist and political,” he said. “The response to the PATM name was so positive that the idea stuck in my head and came to the fore again after we were forced to close Introspect in February 2018 because we could not come to agreeable terms with the landlord.” A little more than a year later, Giaco had his own space, this time focusing purely on books. He said it’s a blend of appreciation for books and his interest in activism. He wanted to provide a space that offered access, and featured, books that are harder to find at mainstream booksellers. And, since Long Beach has a university, he also wanted the space to spark ideas among college students who might be exposed to topics and authors they had never heard of.

One thing he didn’t expect that a visit from someone affiliated with a different CSU would result in his current exhibit. Shortly after he opened PATM in April, 2019, Giaco noticed a customer with an interesting selection of zines and other material was ready to be rung up.

The affable Giaco struck up a conversation wth the customer, who turned out to be Greg Williams, the director of CSUDH’s archives and special collections. Through the conversation, Giaco learned that one of the archives’ focuses is on social justice movements and the seed was planted that would eventually result in PATM hosting the physical part of the archive’s digital Black Power exhibit (for more on that see the video).

PATM is 400-square-feet and about 10 feet wide. The size is  a “double-edged sword,” Giaco said. It can’t fit more than 25 to 30 people for an event at one time, but the low overhead also meant he was able to survive the pandemic without laying off anybody.

With the state largely set to open June 15, Giaco said he, like any business owner, is cautiously optimistic.

“Everybody’s watching the vibe to see what happens,” he said. “I’m happy to say that it seems Long Beach is erring on the side of the caution. In my head, I think things (will be back to normal) in late summer or early fall, but we’ll see.” 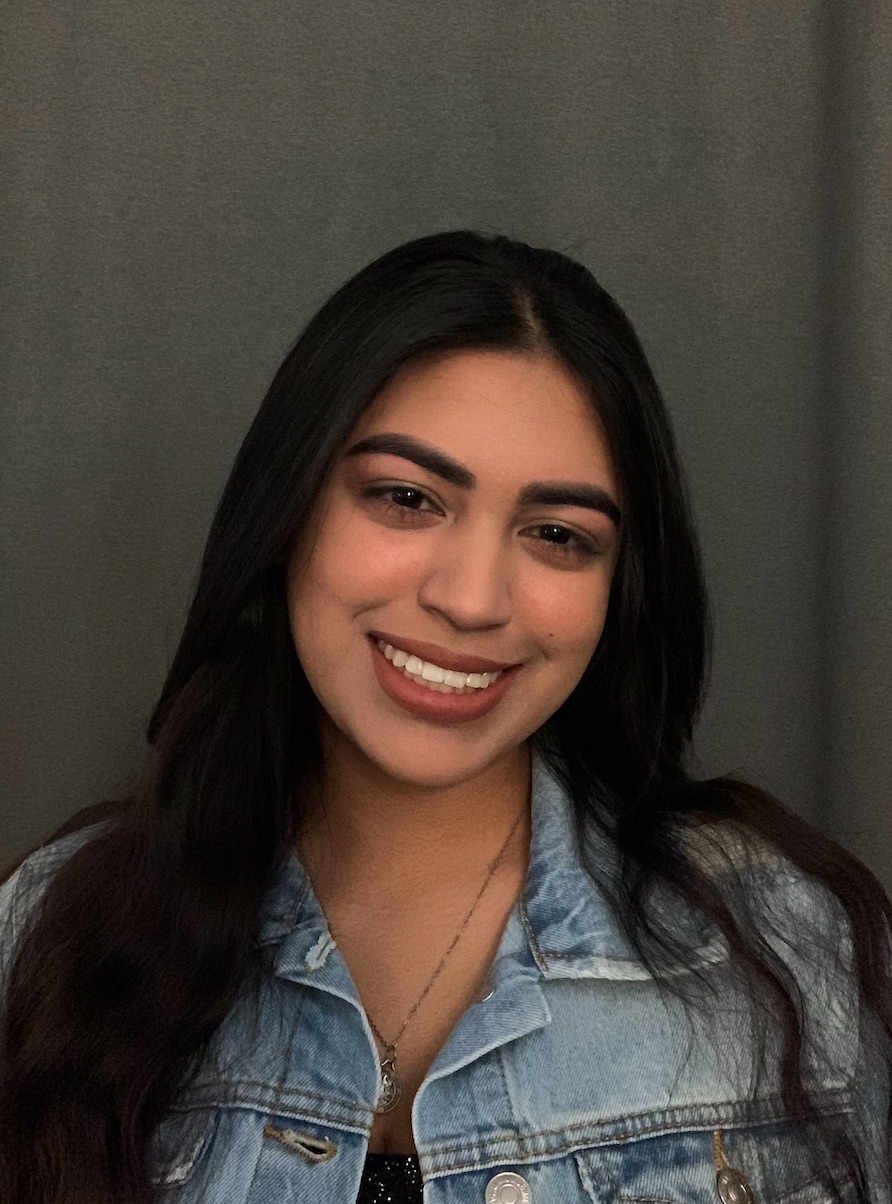 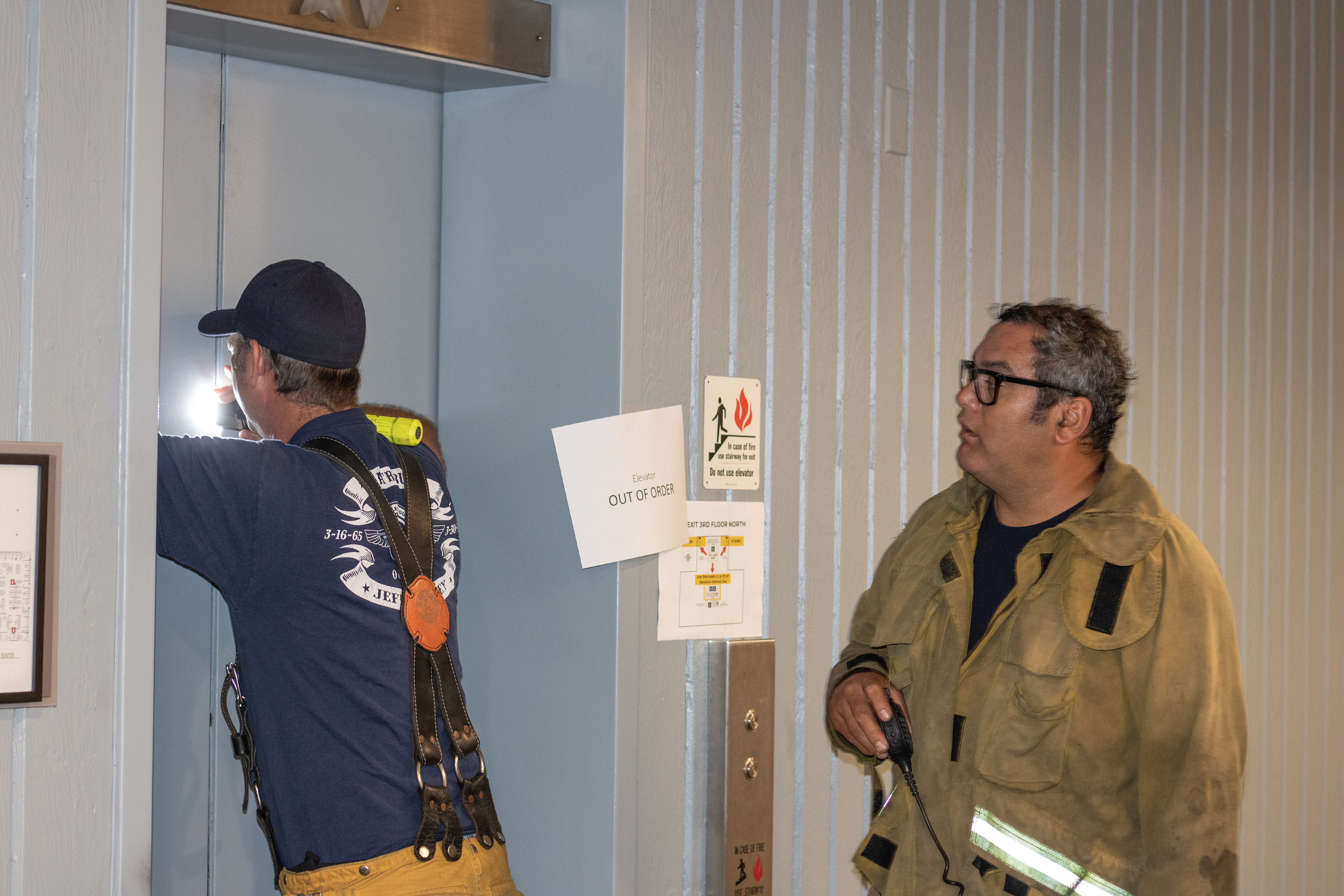 This Elevator Needs Some TLC