Michael Pittman Jr. goes up for a pass against Utah in 2018. Photo courtesy of John McGillen, USC Athletics.

Week 3 of Pac-12 football is upon us as is Week 12 of the college football season. Conference standings are becoming impacted, races are tight, and the suspense is building as the season is reaching its climactic point. Let’s take a look at this weekend’s slate of games to keep your eyes on.

No. 20 USC & Utah meet up in Salt Lake City this Saturday night in a pivotal Pac-12 South Division battle. The Utes take the field for the first time this season after missing the first two weekends with COVID-19 issues, while USC stumbles in miraculously 2-0 looking to open up a path to a division title.

A look at USC:

Shockingly, USC is still undefeated two weeks into the season. The Trojans haven’t played particularly well relying on the offense to come through late in the fourth quarter to get the job done. USC should’ve easily handled business with both Arizona schools with their talent level, but both were nail biters up until the end. To be successful, USC needs to play a complete game and execute on every drive and limit the mistakes both physically and mentally.

Two late season losses cannot overshadow what the team from Salt Lake accomplished. The Utes had one loss to an unranked USC team entering conference championship weekend and won the division for the second year in a row. In 2020, this team will look comparably different.

At the quarterback spot, Utah picked up graduate transfer Jake Bentley from South Carolina and also has sophomore Cameron Rising. In his career at South Carolina, Bentley started 33 games in his four years in Columbia. However, Rising has never started a collegiate game but has worked with offensive coordinator Andy Ludwig after transferring in from Texas. As of today, the Utes have not named a starting quarterback, so we’ll wait and see who trots out on Saturday.

The run game was the meat of Utah’s offensive production. Losing Zack Moss is a killer for the Utes. But there are players ready to step up in Devin Brumfield and Lawndale product Jordan Wilmore who saw considerable action last year.

Defensively, last year’s team was veteran heavy to the point where the Utah defense was once ranked sixth nationally (out of 129 teams). With much of that leadership gone, there are holes that need to be filled and fast. Look out for junior Mika Tafua, who was named an conference honorable mention selection last season.

So far this season, my score predictions have been hit or miss. This week, I’ll just give my winner and explain my reasoning. This game is a tossup for me to pick for so many reasons. USC continues to show inconsistency week after week. It’s an up and down roller coaster of highs and lows, yet somehow they always figure it out. USC has not won in Salt Lake against the Utes in 8 years (last win in 2012). If USC can get to the Utah passing game early enough, expect the Utes to panic and make mistakes.

However, this is Utah we’re talking about, a thorn in USC’s side on the road since they’ve joined the conference. Utah has yet to play a game this season after having their first two games cancelled due to COVID outbreaks among the program. Utah will be fired up to finally hit someone and play. For the Utes to come away victorious,  make USC’s defense work to get stops. Through two games, USC couldn’t stop the run game of Arizona State and gave up almost 300 yards through the air last week against Arizona.

USC has the edge for having two games under their belt, but I wouldn’t count out Utah to outplay the Trojans. As much as I don’t want to see this, I think the game comes down to the leg of the kicker to put this game to bed. Parker Lewis’s foot walks off the Trojans into the Utah night.

One week after a momentum building win, UCLA looks to carry that torch into Eugene, Oregon & Autzen Stadium to battle the No.11 Oregon Ducks.

After a lackluster performance in week one against Colorado, and an up-and-down week which led to a cancellation and then impromptu Sunday home game against California, UCLA should probably be reeling right? Well, that’s somewhat right. All eyes are on the Bruins offense after they once again opened eyes that Dorian Thompson-Robinson is a force to be reckoned with.

Through two games, Robinson has thrown seven touchdown passes with an interception in both games. However, with his line protecting him enough it allows him to make plays. But, Oregon is no easy task.

Oregon has been on the rise for years. Fun fact: the coach on the opposing sideline helped put this team back on the map over a decade ago. Since then, the Ducks have been in a mainstay in the national spotlight. Known for its innovative offense and smashmouth mentality, the defending Rose Bowl champions come in at 2-0 under fourth year head coach Mario Cristobal.

The Ducks replaced quarterback Justin Herbert with the apparent heir to the throne in Tyler Shough, who is nothing like his predecessor but gets the job done. Over the course of playing ‘garbage minutes’ last season he was 12 for 15 passing, tossing for 144 yards, along with 3 touchdown passes, and no interceptions. Granted, he also took the majority of the snaps in the four spring practices the Ducks had.

Oregon’s offense returns eight of ten starters from last season including junior running back C.J. Verdell who punished the opposition by rushing for 1,000 plus yards in back-to-back seasons. Also back for the Ducks are Cyrus Habibi-Likio and Travis Dye who combined to rush for almost 1,000 yards and Habibi-Likio who found the end-zone on ten occasions.

Shough and new offensive coordinator Joe Moorhead also have targets they can look at in Johnny Johnson III, Jaylon Redd, and Mycah Pittman who all look to have higher ceilings this season.

The Ducks defense looks to be even more dangerous in 2020. With the loss of veteran Troy Dye, familiar faces like Kayvon Thibodeaux and Mykael Wright look to make an impact after not being full-time starters last year, but making noise in both last year’s conference championship game and Rose Bowl win over Wisconsin.

If there’s a game that I think UCLA could potentially jump out to an early lead, I think it’s going to be this game. If they run an effective passing game and get on the board early, you instill a sense of confidence that they can compete with anyone. DTR is a great dual-threat, but he’s not consistent with his run/pass combo, while his numbers may say otherwise.

Oregon is 2-0, but granted those wins were against a rebuilding Stanford squad and a break-away second half performance against Washington State a week ago. Oregon’s offense must be poised and move the ball around. While most of us can agree, we may never see another Justin Herbert-esque type player, Tyler Shough ain’t too shabby completing 68 percent of his passes.

You mix around Shough’s passing ability and Oregon’s stout run game, you have a team that’s going to overpower and overwhelm your defensive line. The run game is Oregon’s best friend in this game and gets them a win at home.

This is my pick for ‘Game of the Week’. After a bounce back win over Hawai’i last weekend, San Diego State hits the road to play 4-0 Nevada which has lots of storylines which we will get to.

A look at SDSU:

San Diego State took their anger out from the San Jose loss against an innocent Hawai’i squad who were simply outplayed throughout the day. SDSU sprinted out to a 28-0 lead and quite frankly never looked back. Greg Bell and Jordan Byrd led the running attack that piled on 326 yards to Hawai’i’s 66 (as a team).

The Aztec defense had a great day of their own forcing three Warrior turnovers and sacking Hawai’i quarterback Chevan Cordeiro seven times on the day.

The program home to the NFL’s Colin Kaepernick has been on an upward trajectory in recent years. Under fourth year head coach Jay Norvell, the Wolfpack have gone bowling in back-to-back seasons and look to soar to bigger heights.

Nevada who plays with the air-raid offense returns second year signal caller Carson Strong who had bouts of inconsistency last season has steadily improved. Through four games, he’s completed 71 percent of his passes, with 1,517 yards, tossing 12 touchdowns and NO interceptions. Incredible.

The Wolfpack also return top targets in senior Elijah Cooks who caught eight touchdown passes for over 926 yards. Romeo Doubs is also back after having his junior season cut short due to injury. Through four games, he’s caught 31 passes for 645 yards, eight touchdowns while averaging almost 21 yards a pass.

Defensively, Nevada is under a new system this season with new defensive coordinator Brian Ward, formerly of Syracuse being brought on in January. The unit returns first team all-conference selection Dom Peterson who had 23 tackles, along with nine sacks and two forced fumbles. Also back is all-conference linebacker Lawson Hall and a corps of other linebackers.

This is the unofficial ‘game of the year’ in the Mountain West. To add to the hype, the game was moved from the second tier CBS network to CBS’s primetime slot. It’s an opportunity for the conference and both programs to showcase their talents in front of a national television audience.

For San Diego State to be successful, they must be relentless on offense. Commit to what you’ve done well. The Aztecs recipe for success is their run game, especially with the pass game struggling over the last two games. Expect the Aztecs defense to show up and limit opportunities for Nevada to execute offensively.

For Nevada, their offense faces their toughest test of 2020 thus far, stacking up against a San Diego State defense that ranks second in the nation allowing just less than 240 yards a game. Look for Carson Strong to sling the ball to his targets and make San Diego State’s defense work to limit scoring.

I expect this game to be high scoring. Both offenses are capable of sustaining drives and moving the ball down the field to put points up on the scoreboard. Avoiding miscues and turning the ball over could make or break the game for either team.

In the end, I think this game will hang in the balance of the fourth quarter. Nevada gets it done late, gets a close win over a scrappy San Diego State squad and  takes control of the conference standings

Happy Football Saturday! Catch you with a recap of the landscape next week. 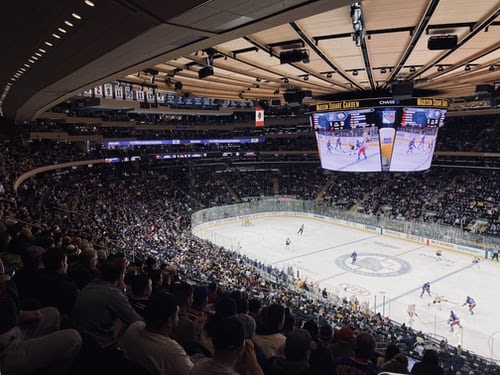 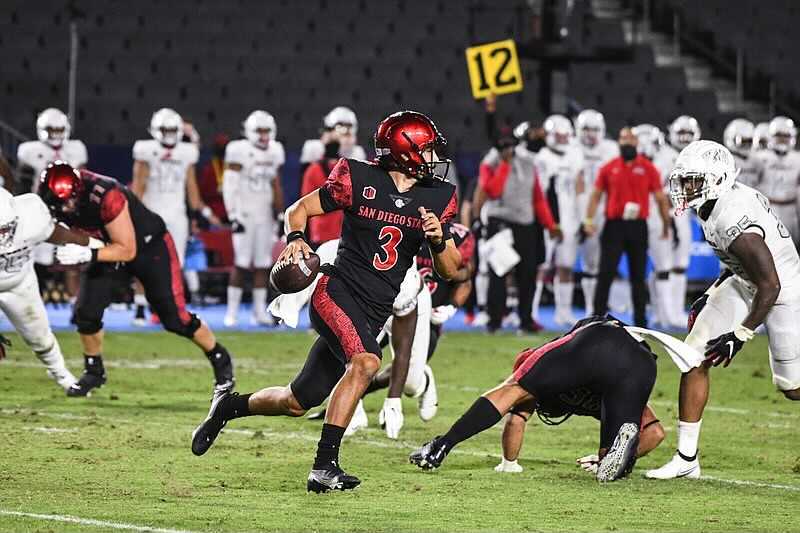 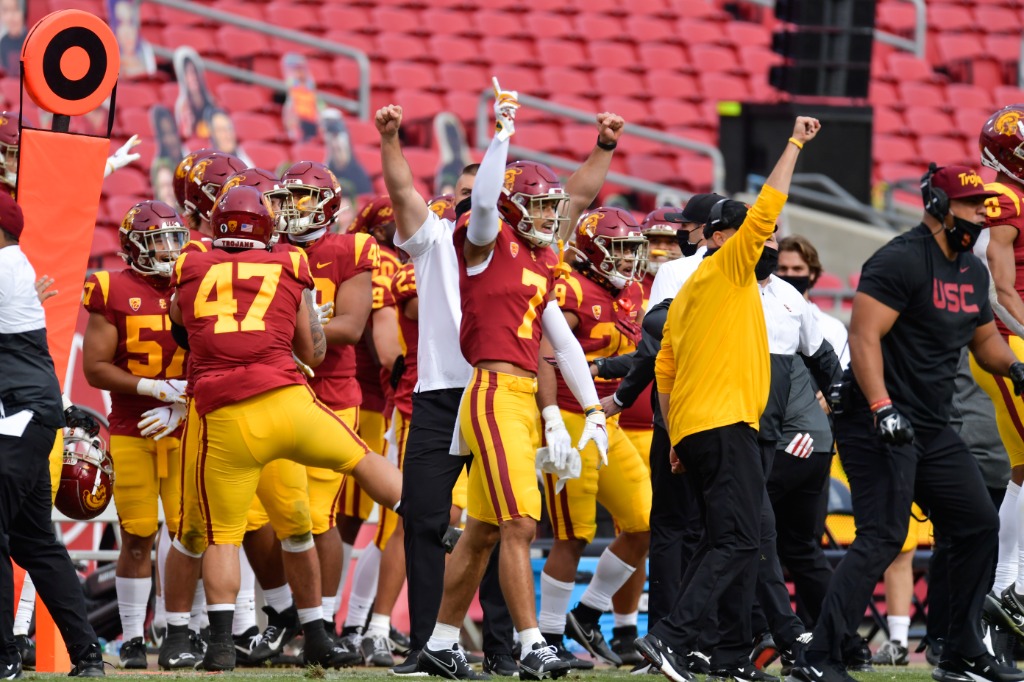