‘The Bull On’: College Pigskin– WE’RE HALFWAY THERE!!- Week 3 Recap

Week three of Pac-12 football and week 12 of college football brought us strong team wins, improvement, and barn-burning thrillers. This is the final week where the Associated Press (AP) Coaches Poll plays a factor in the ranking of teams. Here’s a recap of Week 12’s best action.

No. 20 USC has been viewed under a deep microscope this season, and after two weeks of play many fans feel not much has changed from season to season. USC’s defense had it’s best outing of the young season forcing five turnovers in a 33-17 win over Utah.

Going into game week, the Trojans mission was to eliminate Utah’s rushing attack. Head Coach Clay Helton echoed these sentiments with the Trojans’ game plan.  “At all costs, stop the run”,  Helton said, “Once we did that, our pass rush forced throws that were interceptions, got sacks and fumbles. We were in the backfield all night.”

The Trojans held Utah to 150 yards rushing on the night and forced the Utes to make quick decisions with the football that often favored USC. Redshirt sophomore quarterback Cam Rising got the start for the Utes but didn’t last very long. Through two drives, he was three for six passing, tossing for 45 yards and one interception. He left the game in the first quarter after being strip-sacked and injured what appeared to be his throwing shoulder. After some warmup tosses on the sideline, it was determined he would not return to action.

He was replaced by South Carolina graduate transfer Jake Bentley who completed 57 percent of his passes for 171 yards, tossing a touchdown, and two interceptions.

Offensively for the Trojans, not having two of your run game producers wasn’t much of a problem with Vavae Malepeai and Kenan Christon combining for 25 carries and 130 yards with Malepeai finding pay dirt in the early stages. Questions still swirled around Kedon Slovis’ arm strength with the ups-and-downs displayed throughout the night.

Nonetheless, Slovis tossed for 264 yards completing 68 percent of his passes along with two touchdowns and an interception. This is a step in the right direction for the men of Troy. While there’s always something to be worked on during the week, this felt like the first complete performance from the team all season.

The Trojans will remain in Southern California for the remainder of the 2020 season, as they come home to the Coliseum Saturday afternoon to host the surging Colorado Buffaloes in a game that will ultimately decide the Pac 12 South Division.

Greg Dulcich rumbles into the endzone for a first quarter touchdown. Photo courtesy of Sean Meagher, The Oregonian.

UCLA: Bruins come up short against No. 11 Oregon

In a game where UCLA was down eight players, including starting quarterback Dorian Thompson-Robinson, the Bruins gave the 11th ranked Oregon Ducks all they could handle, as UCLA stumbled late in the game and fell 38-35 .

On Friday afternoon, it was revealed that eight Bruins that included quarterback DTR would not make the trip to Eugene. No reason was given as to why. Does this mean time to panic? Maybe.

Redshirt freshman quarterback Chase Griffin who came in for garbage minutes in the win against Cal was given the nod as the signal caller for Saturday’s matchup. Prior to this season, Griffin did not see the field. When you plug in an inexperienced quarterback who’s never started a game with the conference’s most lethal defense, what’s the expected outcome supposed to look like? Not good. On this day, Griffin was out to prove everyone wrong.

Griffin finished the game completing 19 of his 31 passes for 195 yards, along with a touchdown pass. While he did throw two interceptions, his efforts did not go unnoticed and warrants a look for more playing time after battling against a challenging opponent in Oregon.

The Bruins defense forced Ducks quarterback Tyler Shough to be smart with the football rushing him early and often, although he was able to complete 19 of his 30 passes on the day. The Bruins came up with clutch stops to keep them in the game including setting up the final drive with about a minute or so left.

Over the last two weeks, UCLA has shown signs of improvement after coming out flat against Colorado. Since week one, the Bruins have been more calm, cool, and collective with the football allowing the offense to develop game-by-game. The 1-2 record doesn’t speak for how the Bruins have played.

UCLA now regroups and looks to continue the progression as they welcome Arizona to Pasadena on Saturday night.

The Mountain West Conference soaked in the national spotlight as Nevada and San Diego State met Saturday afternoon in a pivotal game for both teams. In the end, Nevada’s defense made a stand on fourth down to hang on for a 26-20 victory.

The Aztecs made a change at quarterback benching starter Carson Baker in favor of Lucas Johnson. Johnson immediately made an impact with his passing ability and being able to use his feet to extend plays. On the day, he was 14 of 24 passing, tossing for 184 yards, and a touchdown.

In the first half, the Aztecs seemed in control of the ball game where they racked up 252 yards on 28 plays (averaging 9.0 yards a play). In addition, they moved the chains 13 times and only had to punt the ball once.

The second half however, a totally different San Diego State team emerged from the locker room. Nevada’s defense made adjustments limiting the Aztecs to just 41 total yards and three first downs.

San Diego State drove the ball down the field with a chance to win the game in the fourth, however Nevada’s defense held strong at the goal line to seal the win.

The Aztecs now hold a 3-2 record, and have an open date thanks to COVID-19 and prepare to meet Colorado State on December 5th.

On Tuesday night, the College Football Playoff (CFP) committee released their first rankings of the season. The top four presented no surprises with Alabama, Notre Dame, Ohio State, and Clemson rounding out the respective playoff field. USC ranked 18th, while San Diego State and UCLA were not ranked or received votes.

Some of the big surprises on the night included previously ranked number nine in the AP Poll, Brigham Young University (BYU) fell five spots to number 14 in the initial CFP rankings. This doesn’t come as a surprise as BYU is an independent football school and has a particularly weak strength of schedule with their signature win coming against Mountain West member Boise State (who relied on a third string quarterback to lead the offense).

Unlike the Cougars, teams like Notre Dame have the pandemic to thank for these rankings as they’re now qualified to play in the ACC conference championship game this December which could help their playoff resume this fall with signature wins from previously top ranked Clemson.

These next few weeks which will be filled with rivalry games have meaning towards how conference races could finish. Furthermore, will any of these top four teams be affected by any more coronavirus related issues? We shall soon see.

Until Week 13… I’ll see you on the flip side and happy thanksgiving. 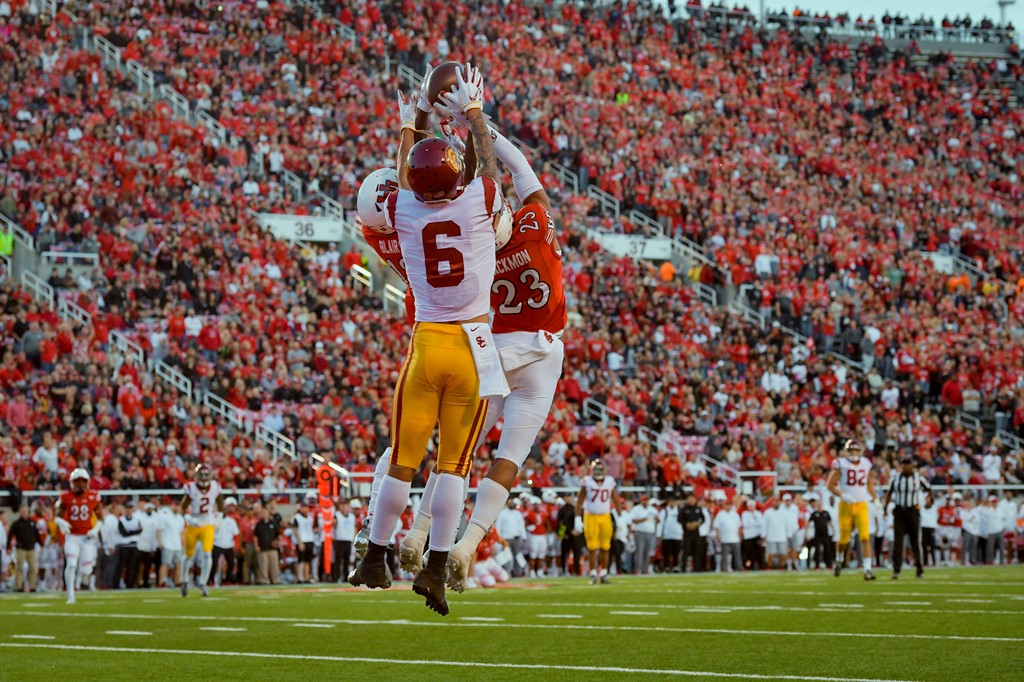 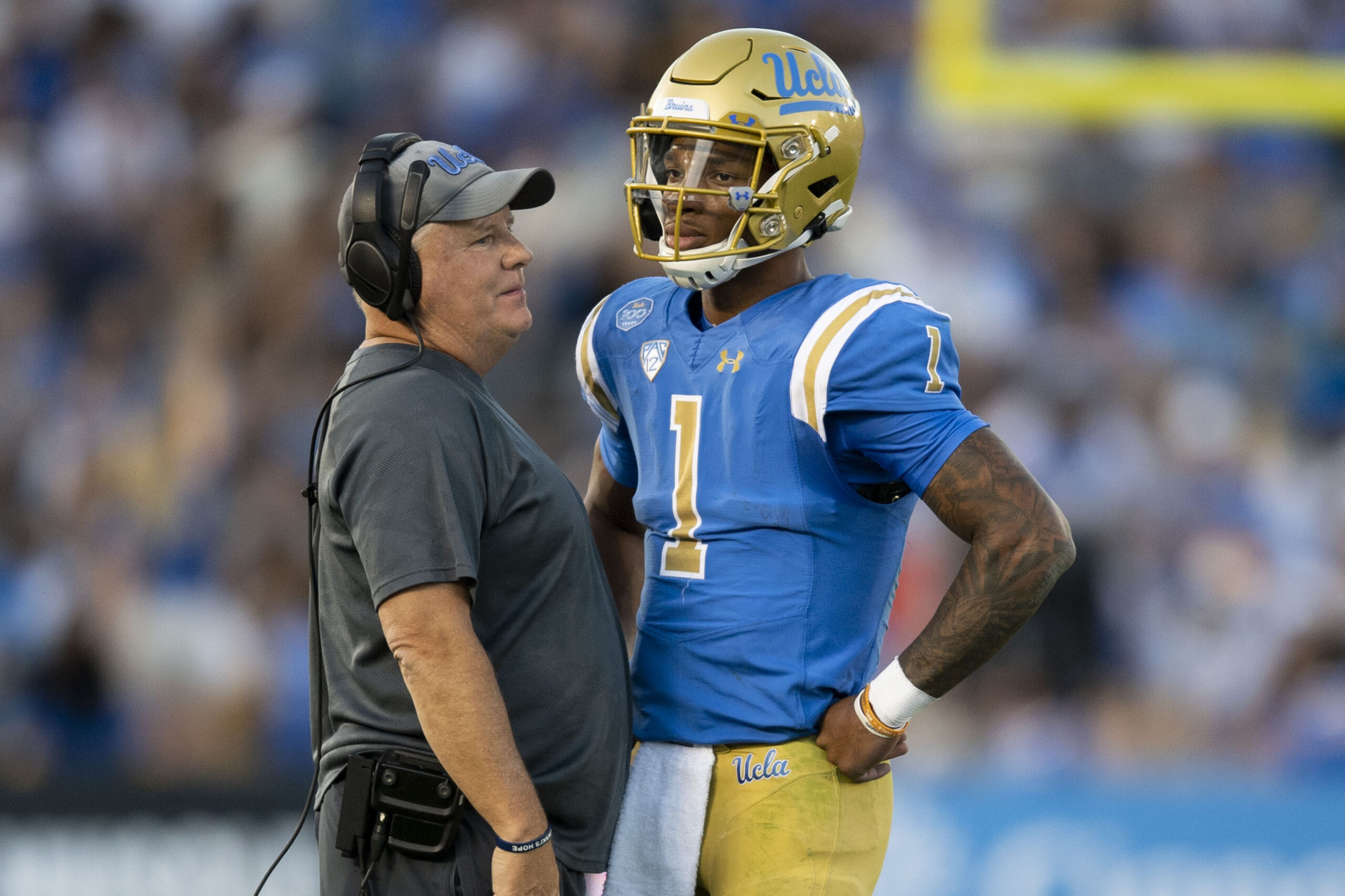 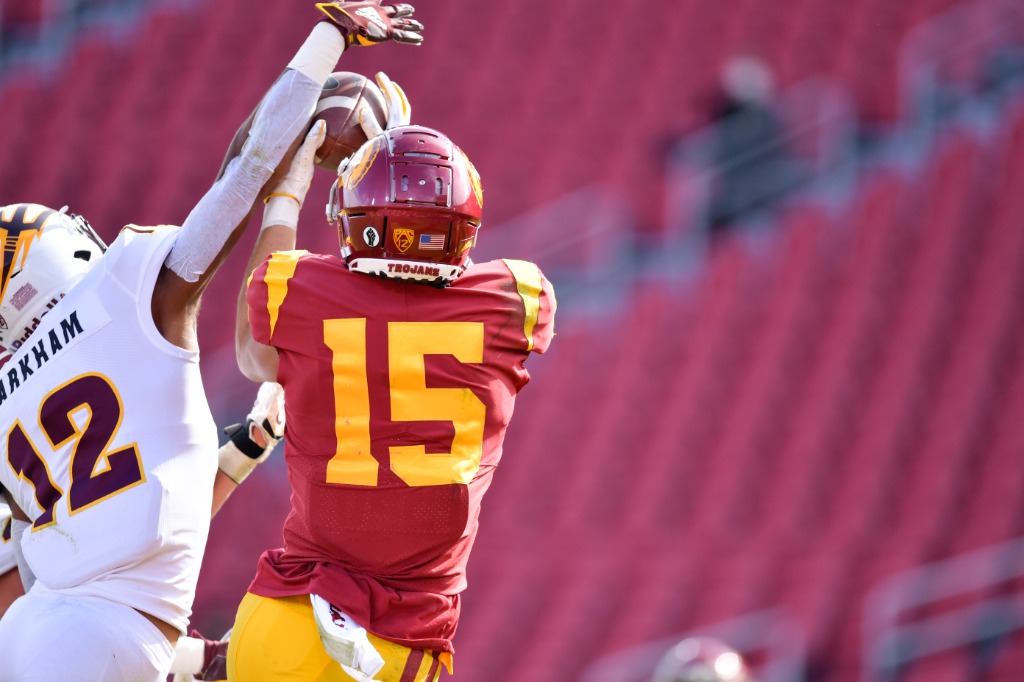