Justin Herbert and the Chargers offense picked the New York Jets apart for 366 yards and three TDs en route to a 34-28 victory. Keenan Allen caused the most damage last week with his 16 catches for 145 yards and one score.

Now that December is just about here, so is the frigid cold weather in the East Coast, meaning offenses will have to shift to a more run-heavy scheme. The Bills run game has been inconsistent all year, putting pressure on Josh Allen and the pass game. Buffalo will need to find the right balance in the coming weeks.

Buffalo Bills quarterback Josh Allen has been thriving in his third season with the team. His name has been thrown into the MVP conversation alongside Patrick Mahomes and Aaron Rodgers at some points. But Allen was not always the quarterback he is now.

Back in Week 2 of the 2018 season, Allen had made his first ever career start for the Bills, against the Los Angeles Chargers. The game ended in a 31-20 loss for him and he said he remembered being very nervous as things didn’t turn out great for him.

“I should’ve, could’ve done a better job if I could go back and do it all over now,” Allen said in a press conference. “But it did teach me some valuable lessons. It helped me. It really did, and I think you need to go through some of the bumps and bruises.”

Allen finished the game 18 of 33 for 245 yards with a touchdown in the last minute, along with two interceptions. His first career start is reflective of a raw rookie being thrust into action after Nathan Peterman spiraled downhill in Buffalo’s season opener.

A lot has changed since that forgetful start. The signs of growth have been undeniable two and a half years later as Allen and the Bills prepare to host the Los Angeles Chargers on Sunday.

Allen has his team in first place of the AFC East and could lead them to their first division title since 1995. He’s played a key role in Buffalo winning seven of its first 10 games in consecutive seasons for the first time since that 1995-96 season. One of the few obstacles standing in their way is Justin Herbert and the Bolts this coming week.

A battle of young guns awaits at Bills Stadium on Sunday. Here’s a further look at the two quarterbacks under center along with other key factors to watch out for in the Week 12 matchup between the Chargers and Bills:

Allen has shaken off many of his erratic tendencies to be considered one of the top young quarterbacks in the NFL now, one who can beat you with his arm and, if necessary, his legs. His 2,871 passing yards rank eighth in the NFL, his 68.4 completion percentage stands ninth, as does his 103.2 passer rating in a season where he’s thrown for 21 touchdowns versus seven interceptions.

It helps that Buffalo has carefully spent the past two offseasons upgrading the weapons and talent around Allen, most notably this year’s addition of wide receiver Stefon Diggs to fill out the stellar receiving corps featuring John Brown and Cole Beasley.

Chargers head coach Anthony Lynn has seen a difference in Allen’s development during his time in the NFL.

“He’s grown tremendously,” Lynn said. “It’s what you would expect from a young quarterback of his skillset and football IQ. These guys don’t come into the league hall of farmers. They get developed, and they get better every single year. This year he’s looking like the league MVP to me.”

Los Angeles, for all its flaws with blowing big leads in the second half of games, has the makings of a young stud of their own in Herbert. The Oregon product ranks 10th with 2,699 yards passing and has hit 300 yards five times this season, which is one short of matching the NFL rookie record in just nine starts.

If he can throw three more TDs this season (very likely considering how Herbert has been playing), he will become just the fourth rookie to reach 25 TDs. And he’s 301 passing yards shy of joining Mahomes in becoming just the NFL’s second player to reach 3,000 in his first 10 career starts.

Lynn is encouraged by how much room Herbert has to still grow and develop after being forced into the starting role back in Week 2.

“There’s a lot he doesn’t know, and we’re still putting more on his plate every single week,” Lynn said. I love the way he’s handling that, especially under the circumstances.”

THE RETURN OF THE EK

The Chargers running game is about to get a big jolt on Sunday since running back Austin Ekeler was activated off the injured reserve.

Ekeler led the AFC in scrimmage yards after three games before suffering a hamstring injury in Week 4 at Tampa Bay that sidelined him for six weeks. The Los Angeles running game has been inconsistent ever since with Justin Jackson, Troymaine Pope and Kalen Ballage all rotating as the feature back. Ballage has been the feature back recently, topping 70 scrimmage yards in each of the past three games.

It’s uncertain whether they’ll throw Ekeler into the action immediately or ease his way into the offense by limiting his snap count. Regardless, this is a much needed boost to a Bolts offense hoping to find a balance and ease some pressure off of Herbert.

Two of the AFC’s top receivers will feature in Sunday’s game between the Bills and Chargers.

Bolts receiver Keenan Allen leads the league with 81 receptions, which is eight ahead of Diggs from Buffalo, who is second.

Allen has five games with nine or more receptions, including last week against the Jets when he set a franchise record with 16 catches. He currently has 605 catches, needing 18 over the next four games to pass Antonio Brown’s mark for most through a player’s first 100 games.

The second-half collapses are why the Chargers have blown double-digit leads and lost four games. They had an 18-point lead in the 24-28 victory against New York last week, and New York pulled within one score late in the fourth quarter and drove into Chargers territory before the Bolts defense finally stood its ground.

FUN FACT: The Bills have lost four straight to the Chargers, and haven’t led at any point since a 23-14 win dating back to Oct. 2008.

Lightning Rod pick: Buffalo is entering this game with a salty taste in their mouths from the ending of the Arizona game two weeks ago. Justin Herbert is playing well but Josh Allen is spectacular. Allen and the Bills passing game will carve up a depleted Chargers defense like the Thanksgiving turkey they just enjoyed a few days ago. Allen continues his MVP-caliber season, connecting with Diggs for 120-plus yards and a touchdown. Herbert will not eclipse the 300 yard mark but the Bolts still find success on offense through a returning Ekeler. 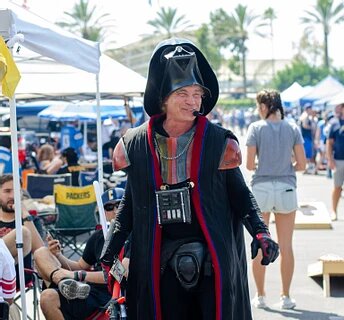 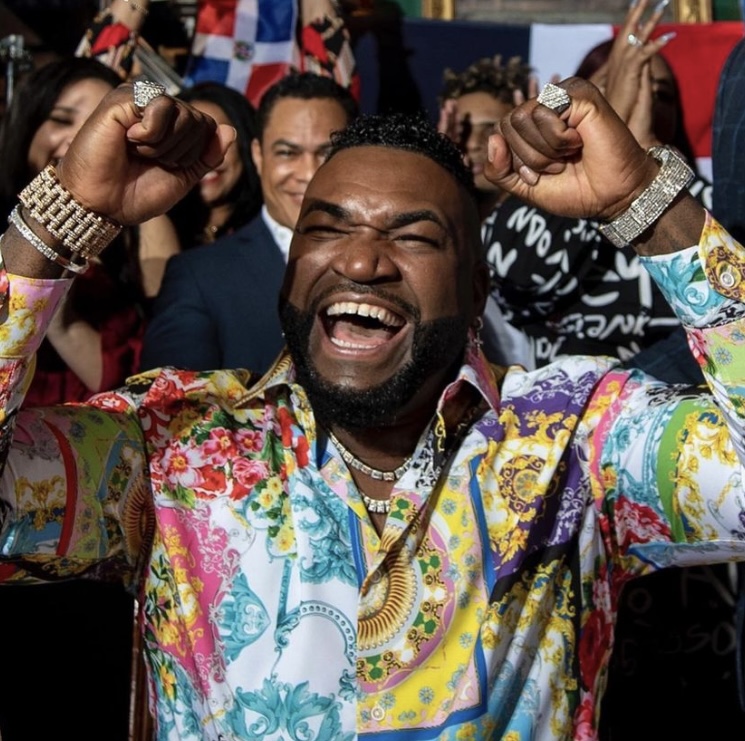 Latino baseball legend David Ortiz elected into Hall Of Fame, inspiring others to follow in his footsteps. 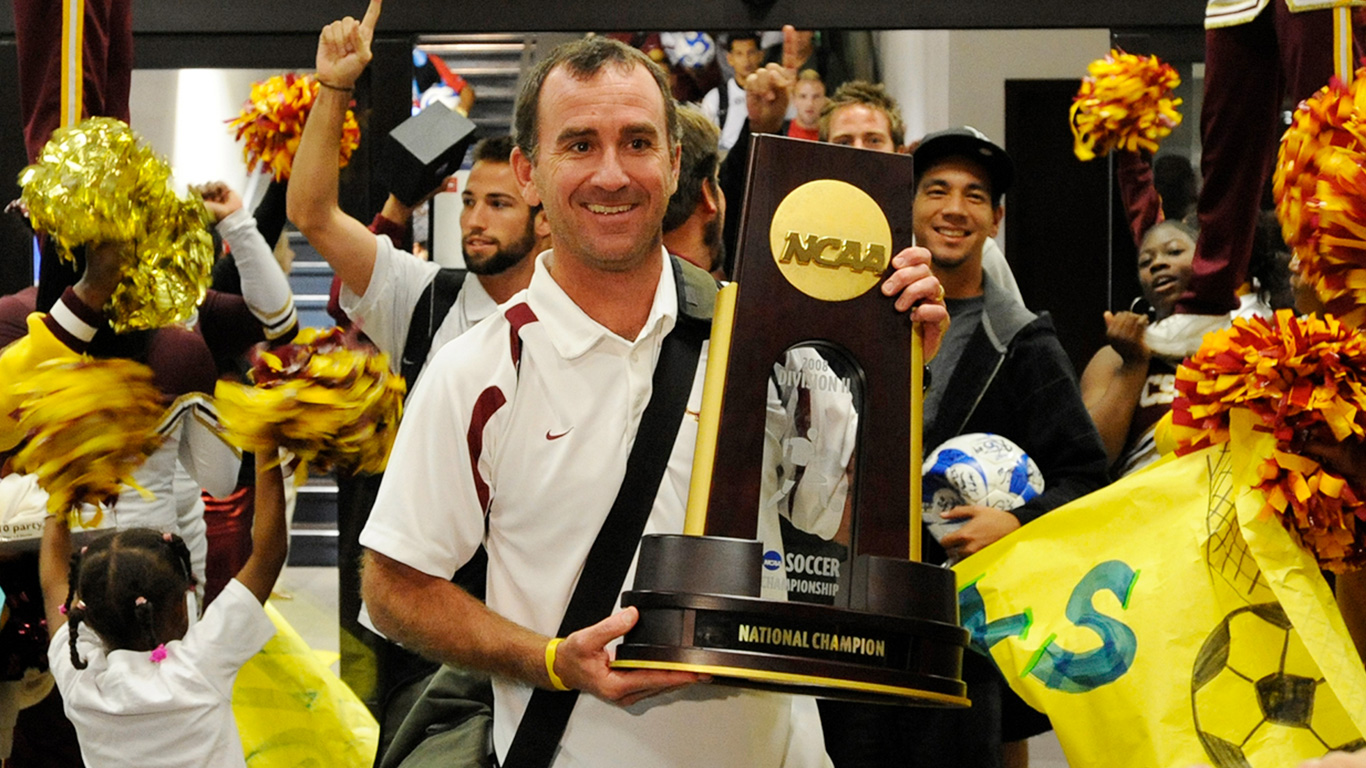