The Roar of a Panther: Bobby Seale on Active Revolution

If you want to organize for social justice, don’t neglect to organize the stuff between your ears, Bobby Seale, the co-founder of the Black Panther Party, said in a Thursday webinar organized by the CSUDH Male Success Alliance.

“The mind is the highest form of organized matter and energy and function known to humankind,” Seale said during his hour-long talk, part of the MSA’s “Activism: Then And Now” webinar, attended by 176 people. “ It is about your ideas and beliefs and how they correspond correctly to reality.”

The webinar was designed as a question-and-answer session centered around activist approaches today compared to the late 1960s, when Seale, now 84, helped build the Black Panthers into the face of Black power in the U.S.

Seale’s answers tended to drift toward the past, as he spent much of the time talking about his pre-Panther days and how despite the perception many had of the organization being a group of armed  Black Marxists advocating the violent overthrow of the government, it was votes, not bullets, that were the real weapons that would effect social change.

“The Black Panther Party did not start out on the basis of socialism,” said Seale, who was active with the BPP until 1974, and who finished second in the race for Oakland mayor in 1973. “I had never read any socialism or digressed in any when I wrote that 10-point platform (the 1966 document that he and Huey Newton wrote outlining the organization’s objectives). My organizing was not disconnected from electoral politics, it was about electoral politics…My whole objective was to organize the people and then organize a political electoral machine.”

Economic empowerment of Blacks was also key, Seale said, describing his shock when, in 1963, as a man who had already had his fill of fire-and-brimstone preaching since he was a teenager, he found himself enthralled by the words of an Alabama reverend talking about how to deal with companies that refused to hire people of color.

“I say all across America, Wonder  Bead companies will not hire any people of color, I say we will have to boycott,” Seale said, repeating the words of Martin Luther King, Jr., who gave an address in the Bay Area attended by Seale. “We’re gonna boycott them so consistently and so profoundly, we’re gonna make Wonder Bread wonder where the money went.”

Seale did mention how important it was for the Panthers to forge alliances with other groups to put its activism into reality. Examples were working with an association of Black doctors in order to help actualize its community improvement efforts, which included giving free food to thousands of K-12 students and sponsoring sickle cell anemia clinics. But it was the coalition building with student groups mobilized to resist the draft, as well as creating relationships with other ethnic and white progressive groups that transformed the BPP from a local organization into a national presence, he said.

“Power to the Black people became power to all the  people,” Seale said, as he recounted how a group of a few dozen Black men and women formed primarily in response to police brutality against people of color in Oakland and other Bay Area communities swelled in two years to one with chapters in 48 states and support groups on the African, Asian, European and South American continents.

In fact, it was that coalition building that led to the government’s violent crackdown against the Panthers in the late 1960s, Seale said, including his incarceration on trumped-up charges that he was part of a conspiracy to incite a riot at the 1968 Democatic National Convention.

“Bobby Seale is running around the country, he’s got white left radicals supporting him, he’s got all these chapters and branches (talking about) taking over political seats,” Seale said, “And that shook them up. That was the real reason (the government) attacked us. Not because we had a few guns. I didn’t even play with that concept of some gun-toting revolutionary. The revolution was not about that, it was about revolving the political, economic and social justice empowerment back into the hands of the people. That’s what the revolution was about.”

Seale drew a correlation between efforts to suppress the BPP and today’s attempts at voter suppression.

“And notice today what they are  trying to do,” he asked. “As fast as they can do it’s to deny you that vote, (because) what do you want? You want to get control of those tax monies and you want to evolve fair share equity on every level of human existence and human rights and constitutional, democratic, civil rights.  That’s what the whole thing is.”

Another contemporary connection Seale discussed was in response to the first question about defunding police. He said the issue today is similar to when he and the BPP worked with white, left-wing students in Berkeley to put referendums on local ballots to overhaul the police system. Defunding the police is not the same as re-envisioning the police, he said.

“Defunding the police is really talking about revamping the whole police method,” he said. “It  has got to be redefined in terms of what police do, when they do, how they do to any and all human beings especially and particularly people of color and Black folks…that’s what’s gotta  happen.”

Not a Fan of Chicago 7 Film

Seale also shared some thoughts on two recent films in which he or the Panthers are prominent (he hasn’t seen “Judas and the Messiah;” he felt “The Trial of the Chicago 7” did not do him justice);  his support of the 2nd Amendment (he grew up hunting with his dad and brothers and in the military, was an expert marksman) and the storming of the U.S. Capitol (“that was pure white racist rebellion”).

He also had advice for students above and beyond activism.

“Today brothers and sisters and people, get your degrees,” he said. “ I want you to have that. Education is very very important…making sure your ideas your concepts your beliefs and reality corresponds as much as possible to reality”

For if they do, Seale said, that will give them his definition of the concept of power.

“Power is the ability to define phenomenon and  make it act in the desired manner, ” Seale said.

To thank Seale for speaking with the CSUDH community, MSA awarded Seale with an Activist Award

Care for ‘Our Common Home’ 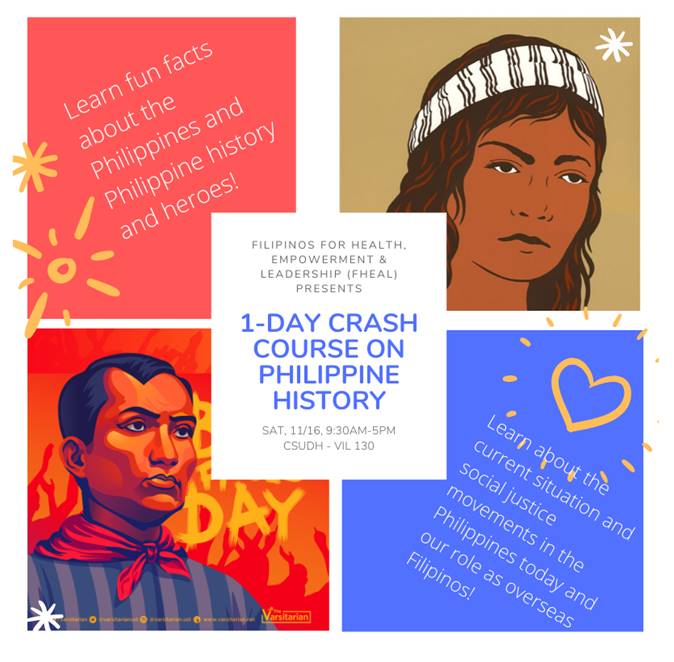 Tagalog Not Required, but an Interest in the Philippines Won’t Hurt 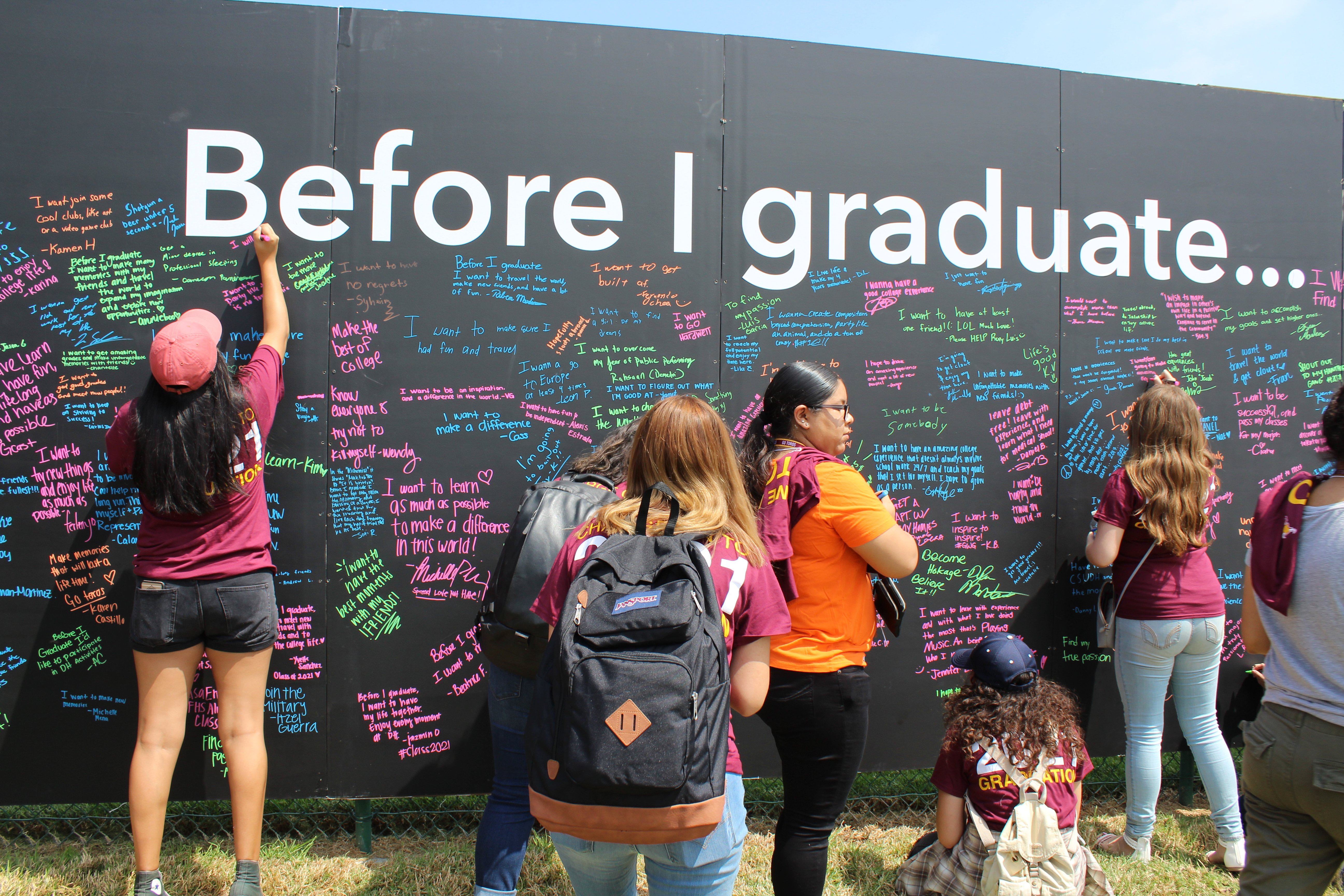