A key late-season series against first-place Chico State didn’t start off well Friday for the CSUDH baseball team, but the Toros get three more cracks at the offensive juggernaut today and tomorrow.

The Wildcats, who are ranked 10th in the nation and are hitting an eye-popping .344 as a team in California Collegiate Athletic Association action, showed why Friday, racking up 17 hits, including three home runs, in their 15-8 victory over the Toros.

With 19 games remaining in the season, and six games separating them from sixth place in the CCAA  (the top six teams advance to the postseason), the Toros are in control over their playoff destiny. But all roads lead through Chico; the next three games for the Toros, as well as the actual playoffs, which Chico State hosts May 11-14.

And considering Friday’s win over the Toros gives the Wildcats a 17-2 mark at home, the

Toros gaining at least a split in a doubleheader today would somewhat ease the pain of giving up their second-highest run total of the season (Point Loma scored 16 runs against the Toros in a non-conference game in February).

Friday’s game see-sawed in the early innings, with the Wildcats taking the lead three times but the Toros catching them each time, the last coming on freshman Emiliano  Barrerra’s third home run of the season, which knotted the score at 4-4.

But the Wildcats keyed on the Toros ‘ Dylan Steen in the bottom of the fourth. In 14 appearances dating back to 2020, Steen had surrendered more than four earned runs only twice. But Friday, two walks bookended four straight Wildcat hits and Steen was pulled with the Toros trailing 7-4 and the bases loaded.

Sophomore Elijah Jackson then greeted reliever Josh Castillo, who hadn’t given up a home run all season, with a grand slam.

But the Toros, who had stormed back from a 7-1 deficit to defeat Cal State San Bernardino in the opener of a four-game series last weekend, showed similar resiliency against Wildcats starting pitcher Ryan Tinsely. They loaded the bases in the top of the fifth and RBI singles by  Matt Mecate and  Caleb Ellis, and a two-run single by catcher Grant Decatrel narrowed the gap to 11-8

But a three-run homer by Jacob Jablonski in the bottom of the fifth made the score 14-8 and the Toros were held to three hits the rest of the game by two Wildcats relievers who struck out five.

The Toros came into the Chico State series flying high,  as they took sole possession of third place last weekend by taking three of four games at home against Cal State San Bernardino. hey outscored the Coyotes 27-17 and the first game, in particular, displayed one of the key reasons for the Toros success this season: offensive contributions throughout the lineup]

With the notable exception of senior shortstop Scott Ogrin, who leads the conference in home runs, RBI’s and slugging percentage, no Toro batter is lighting up the leaderboards offensively (although Eric Smelko is in the top 10 in batting average and runs, and Pierson Loska is in the top 10 in doubles and home runs).

In Friday’s six-run comeback, five different Toros either scored or knocked in a run, with Matt Mecate’s walk-off bases on balls in the bottom of the ninth, his third RBI of the game, being the difference. The   Toros had trailed 7-1 in the bottom of the fifth before scoring one that frame, two in the sixth and three in the seventh, off an Anthony Accordino single that scored Ogrin, a Mecate sacrifice fly that scored Loska, and a Caleb Ellis single to bring in Accordino.

While the Toro bats were clicking,  a lights-out performance by the CSUDH  bullpen of Josh Castillo, Matt Garcia, Zachariah McCorvey, and Carlos Bracamontes kept the Coyotes offense scoreless for the final four frames.

The Toros took their momentum into Saturday, sweeping a doubleheader.  Game one on Saturday was a shutout win for the Toros, as they won 8-0 behind senior lefty Isaac Mullins’ 5+ innings of no-hit ball, and 7.2 innings of total dominance. Mullins allowed only four hits, and junior reliever Matt Garcia allowed zero hits in 1.1 innings. For his efforts, Mullins was named CCAA pitcher of the week.

The second game Saturday saw CSUDH take a five-run lead in the second inning and never look back. CSUDH took the lead on a double by right fielder Caleb Ellis that scored left fielder Matthew Mecate. That was followed by a double as well by center fielder Eric Smelko. Smelko was brought in one batter later when Ogrin smashed his 12th home run of the year. The Toros went on to win 5-3.

On Sunday, The Toros fell just short of a comeback, dropping a 7-6 game. It did not come without great effort from the Toros as they scored three times in their final three innings. But with the tying run on third base in the bottom of the ninth, San Bernardino’s Oscar Rauda shut the door on the Toros’ dream of a sweep in Carson.

For the series, Smelko led the Toros in hits with seven, four coming in Sunday’s game, while Ogrin knocked in eight runs, homering twice.

On the mound, Carlos Bricamontes (2-1), Mullins (4-0) and Nate  Ortiz (4-3) picked up the wins, Donovan Waitman earned a save and Matt Garcia pitched 2.1 innings of hitless relief in two games.

The first game of today’s doubleheader begins at 11:30 a.m.The game can be viewed, for a fee, at ccaanetwork.com. 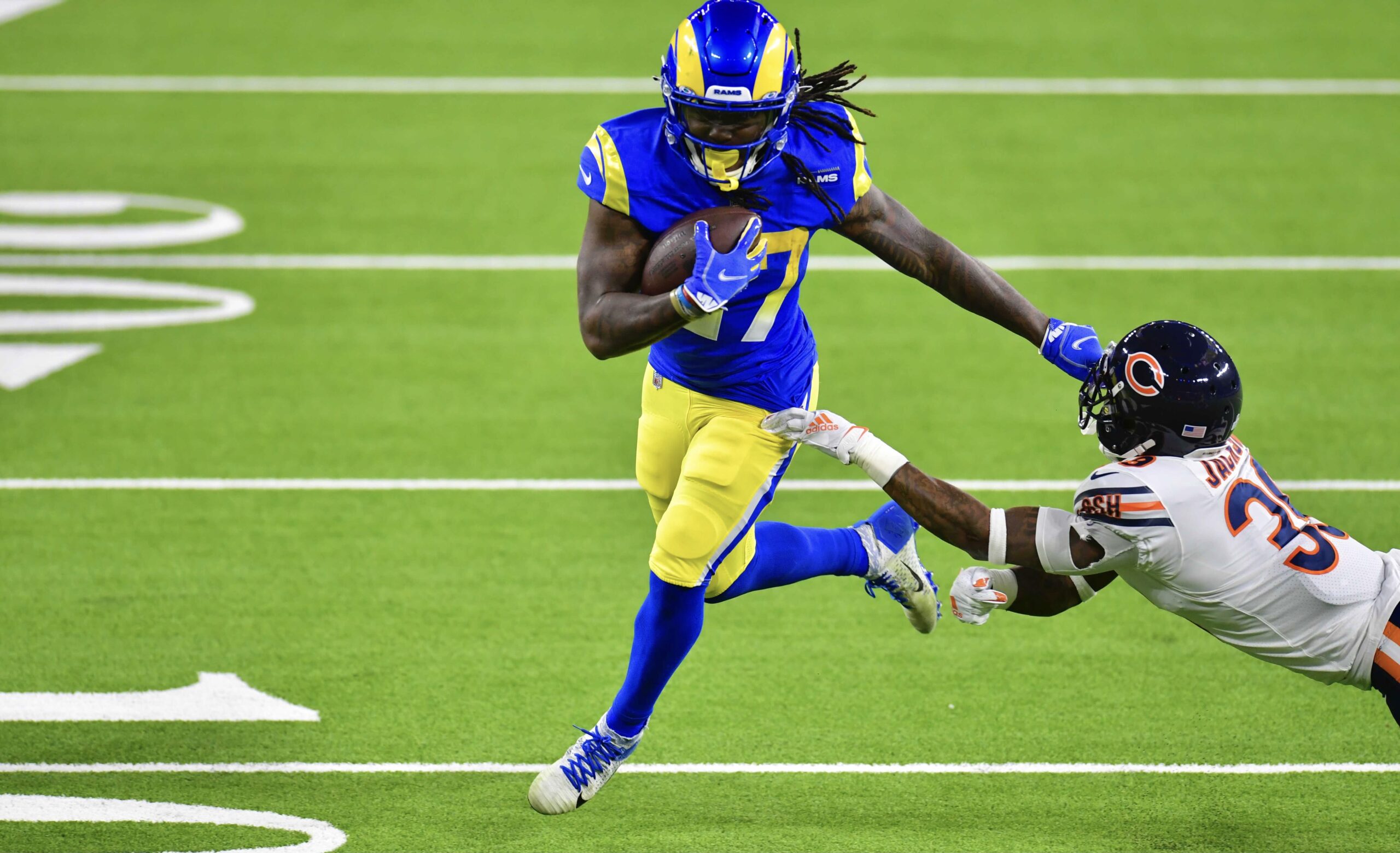 GET ON THE HORN: Rams Week 8 Preview vs Miami Dolphins

Do or Die for Women's and Men's Basketball Teams