Donald J. Trump’s ascension to the White House has begun.
Although many Americans thought candidate Hillary Clinton would win, they were surprised the election was not decided in her favor.
The result is still looming over America like a cloud of uncertainty. There is no clear understanding of our president-elect’s policies.
While he has taken clear stances on immigration with the suggestion of building a wall along the borders of the U.S. and Mexico, what else does the new leader of the free world hope to do to “Make America Great Again”?
Locally, where Clinton won over far more voters, the results led to unrest. On Nov. 12, about 1,000 people marched through the streets of downtown Los Angeles to air their frustrations on the election and what could be a very uncertain future for the nation.
Citizens’ right to freedom of speech was exercised on city streets and college campuses across the country, including at CSUDH, where a peaceful protest took place after the election results were finalized.
CSUDH president Willie Hagan sent out an email on Nov. 9, noting that with any election result, there are a mix of emotions, but he encouraged students to come together, share, discuss, listen and continue to strive for a common ground.
Some students used harsher language.
“I think it’s (expletive) that we have Donald Trump as our president,” said Miguel Fernandez, a junior music performance major. “I don’t want someone like that who is a bigot, a racist and a sexist representing us as a country.”
Some students were conflicted, mainly because the candidate they wanted was not on the ballot. Bernie Sanders drew a big crowd earlier this year when he spoke at StubHub Center.
Other students were pulling for minor candidates.
“I would like to remind people that there are also third party candidates all the time. It’s not like Pepsi and Coke, like we saw in this election,” said Juan Garcia, a junior music education major. “I didn’t vote for Hillary, and I didn’t vote for Trump. I voted for a third party. I would like to remind people that there are third party candidates, and that it’s not always what the media shoves into your face.”
Some students didn’t vote because of the lack of knowledge of these candidates’ policies, or blame the media for its horserace tactics when covering the campaigns. It seems this format has played into the hands of president-elect Trump.
Others blamed the media.
“The media kind of rolled the red carpet out for Donald Trump,” said Neckoo Delrooz, a CSUDH senior. “[The media] really didn’t think there were implications and consequences of giving someone with that type of voice a microphone for so long.”
Nevertheless, Trump will be this country’s leader for at least the next four years. Unless the electoral votes are cast for Clinton on Dec. 19, there will be no change to the outcome of the election. 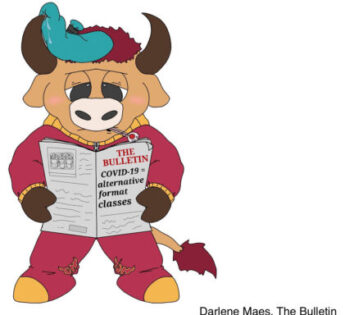