Exploring the (De) Construction of Blackness: Linguistic And Cultural Sharing

Exploring language and race was the main focus for the “They Spanish, They Ain’t Black! Language and Culture Sharing in the (De) Construction of Blackness,” event supported by The College of Arts and Humanities, the English Department, and The Student Engagement Committee. The event which took place on April 6 via Zoom, encompassed how linguistics communication, specifically Black language and cultural sharing can support the deconstruction of Blackness amongst those who represent different Black identities.

The guest speaker for this event was Dr. Aris Clemons who currently serves as director of her own firm, Clem Consulting, but this fall she is slated to start teaching at the University of Tennessee at Knoxville as an assistant professor.

Clemons received her doctorate in Spanish Linguistics from the University of Texas, has pursued her teachings through an anti-racist pedagogy. During her virtual visit to CSUDH, she gave a brief overview using her  personal research agenda, sample study, and some historical context to give light to the importance of language when it comes to discussing race and ethnicity.

The research she conducted and presented at the event taps into the many ways language, race, and identity interfaces can mediate social categories within education and how language works when it comes to communicating within particular groups outside of our own.

The inspiration for her research in examining the significance of linguistic profiling dates back to a Black History Month celebration in 2016. An argument between a couple of students made Clemons realize not only that there was a lack of education around Black history and identity but that there was also ethnno-racial conflicts and division between students. In the course of the arguments, she realized that some of the students’ perceptions they had of her did not match who she identified with.

“The mere fact that [Dominican students] spoke Spanish completely erased any connection to their African descent,” Clemons said. “That one rule had been reconstituted with my Spanish language ability aligned me with another group. Therefore, I was also perceived as an outsider.”

After this event she was able to theorize the ways that language can inform ethno-racial progress amongst a group of students that were representing a variety of conflicting Black communities, like those from said event. It was not long after the event when she developed a study that combined critical race and anthro-political linguistic ethnographics, which allowed for improvement for future programming schools and institutions.

Clemons talked about the many ways language facilitates interaction especially within people of color.

“The very first lesson that we learned is all language varieties, dialects, and things that are marked as languages are equal,” Clemons said. “They’re able to [help us]  communicate and facilitate human communication.”

Clemons  also explained that the study of linguistics, one that she has pursued throughout the years, is an observable language, as humans often rely on it and use it non-formally all the time.

“I investigated the institutional and peer stances towards Blackness as an identity category for Dominicans Americans, because they are a group with a representative population of individuals who would be marked and identified as Black in the United States,” Clemons said. “Despite possibly holding a particular ideology or explicit pronouncements to the contrary.”

Her research agenda also included people who speak multiple languages or who may have immigrant parents whose first language other than English. By understanding the linguistic frames and understanding race, it is one step closer to deconstruct the racial systems that have marginalized certain communities of color. 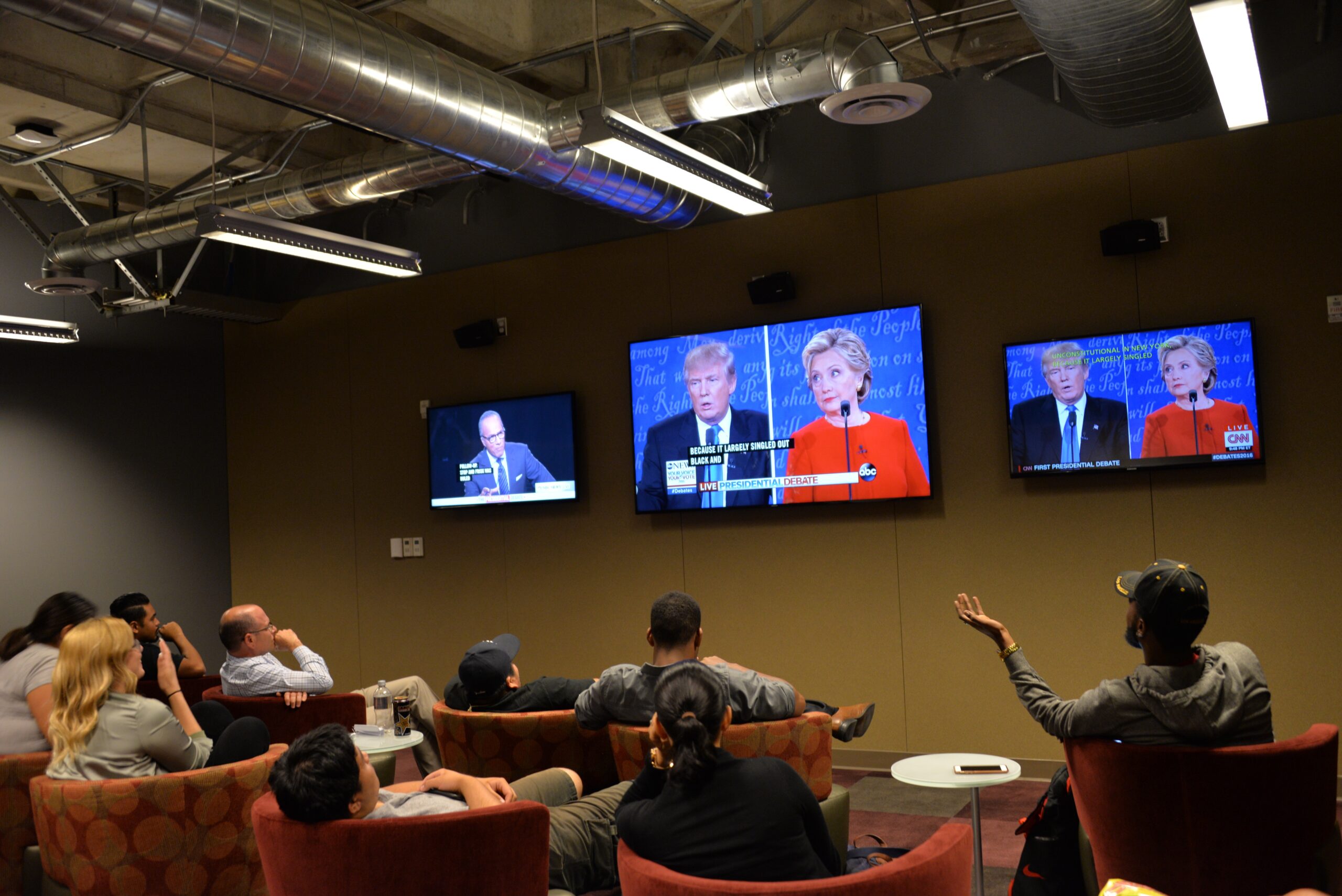 Students debate the debate in the LSU