Hollywood by the Horns is hosting a free, one night only episode screening of the highly acclaimed television drama series, Queen Sugar, on Thursday, Oct. 18th 7 to 9:30 p.m. at Locker Student Union Ballroom B.

Director and writer Shaz Bennett and Mike Flynn will lead a discussion following the screening.

Created by Oscar-nominated director Ava DuVernay, based on Natalie Baszile’s novel, Queen Sugar chronicles the Bordelon family’s fight to restore the family sugar cane farm following the death of their father. At its narrative core – Nova, Charley, and Ralph Angel – are a trio of estranged siblings navigating the intersections of race, gender, sexuality, and class in St. Josephine, Louisiana.

“It is really artistic and well-done show and Ava DeVarnay made it her mission to only hire woman directors for the episodes, almost exclusively woman who never worked in television before. I think 80 percent of the directors were also women of color so there is a real concerted effort to celebrate previously underrepresented voices, which is totally what we are about in Hollywood by the Horns,” said Toddy Eames, assistant professor of film, television and media and director of the Hollywood by the Horns program.

According to a May 2018 article on Vulture.com, “Queen Sugar is both excellent and beloved because it really sees people, rather than being content just to show them.”

The series is highly praised for both its creative leadership and for its reputation in depicting nuanced characters, all the while exploring issues that confront our society today.

Ava DuVernay, “as a writer, director, producer, and film distributor, has been instrumental in bringing diverse characters and stories to the screen,” according to Elle Magazine.

Not only is the drama series making an impact in the film industry, but locally-here on campus, it is having a profound impact in connecting our unique student community with the media and film industry. The show is a powerful tool in allowing for transparent dialogue in breaking through barriers.

“[Hollywood by the Horns is] a program to help foster student interaction with professionals in Hollywood and also to help encourage our unique student body to tell their story and to foster the skills to do that,” Eames said.

The Queen Sugar screening is just one of the many events Hollywood by the Horns is offering to connect students with Hollywood.

“Even though we are geographically very close to Hollywood, I think often it can feel like it is far away and so in part, an event like [this] bridges the gap and it says to our students and community-look its right here, the walls aren’t that high,” Eames said.

Another part of this screening is to celebrate a show that directs speaks to our unique student body and giving them an opportunity to celebrate that here on campus Eames said.

Students in the media representation class will have the unique opportunity to meet with Shaz Bennett and Mike Flynn in person before the screening Eames said.

“They are going to be talking with her class about media representation and what that means and what depictions of race in mass media and how perhaps how their show is breaking new ground in that area,” Eames said. 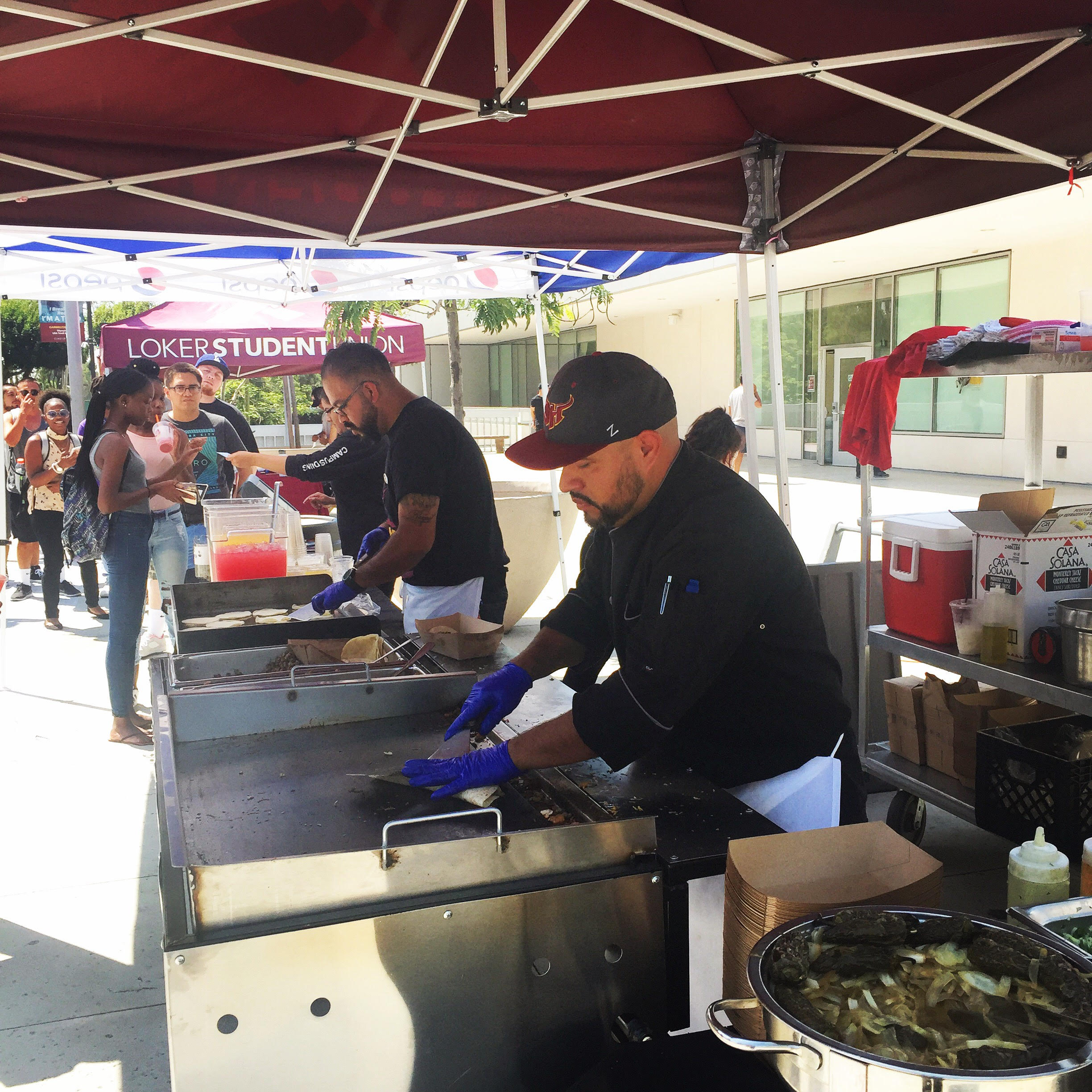