By Raymond Castillo, for the Bulletin

Scott Ogrin homered twice and knocked in six runs while sophomore pitcher Humberto Chiquito pitched the game of his career as the CSUDH baseball team trounced Cal State Bernardino 12-3 and advanced to tomorrow’s championship round against Cal Poly Pomona.

The Broncos beat the Toros 8-5 in an earlier game in the double-elimination tournament. It was the Toros first loss. If they beat the Broncos in the game that starts at 3 p.m. on Chico State’s Nettleton Field, the teams will play another right after to see who wins the California Collegiate Athletic Association tournament.

The Toros had plenty of looks in the early game today. But they stranded 13 runners en route to an 8-5 loss against third-seeded Pomona. That ended the Toros two-game streak of toppling higher seeds, as they knocked off Chico State, 11-5, Wednesday and followed that up with a three-run rally in the ninth against top-seeded Cal State Monterey Thursday to win 5-4. in the single-elimination round Thursday.

7:34 p.m. Scott Ogrin’s grand slam in the fourth inning, his second homer of the day and 22nd of the season, gives the Toros a 4-2 lead in a must-win game against Cal State San Bernardino.
8:26 p.m. Sophomore Humberto Chiquito strikes out two with the bases loaded in the fourth; Toros keep 4-2 lead.
8:32 p.m. Ogrin drills another, adding to his CSUDH single season record for home runs. Toros up 5-2 in the fifth.

8:52 p.m. Chiquito gives up a single but strands the runner in the bottom of the sixth.

9:55 p.m. Ogrin draws walk, making it six RBI for the game,as the Toros add six in the ninth to take commanding 12-2 lead.

Their late-inning magic worked in reverse against Cal Poly Pomona in the early game today. The Toros led 3-1 heading into the seventh with senior shortstop Scott Ogrin’s 21st home run, a new CSUDH record for home runs in a season, delivering one of those runs.

At the end of the day our guys fought back and gave us a chance… and just came up a little bit short,” Toro Head Coach Tyler Wright said after the game.

Anthony Accordino’s home run to lead off the bottom of the ninth cut the lead to 8-4 and then an Alberto Lueveno single and Matt Mecate walk put Toros on the corners with one out.

But giving up walks and hits is something that Broncos pitcher Eric Romo does. Although he came into the game with a team-high five saves, in his 23 2/3 innings, he also had surrendered 19 hits and 19 walks. Buts something else Romo does? Strike out batters, 31 in those 23 2/3 innings. He’d already struck out Kevin Moscoso before Mecate’s walk and following that, he got both pinch hitter Vincent Temesvary and Emilio Barrera to swing at third strikes.

Anthony Accordino’s home run to lead off the bottom of the ninth cut the lead to 8-4 and then an Alberto Lueveno single and Matt Mecate walk put Toros on the corners with one out.

But giving up walks and hits is something that Broncos pitcher Eric Romo does. Although he came into the game with a team-high five saves, in his 23 2/3 innings, he also had surrendered 19 hits and 19 walks. Buts something else Romo does? Strike out batters, 31 in those 23 2/3 innings. He’d already struck out Kevin Moscoso before Mecate’s walk and following that, he got both pinch hitter Vincent Temesvary and Emilio Barrera to swing at third strikes.

The two runners left on base underscored a Toro frustration all game: they stranded 13 runners, including the bases loaded twice

The free-swinging Toros took the lead in the first inning when slugger Pierson Loska roped a single to score center fielder Eric Smelko. Alberto Luevano would follow with a single of his own to put the Toros up 2-0. The red-hot Toro offense tallied five hits in the first inning alone.

The Toros turned to Nate Ortiz to pitch the bulk of the innings on Friday, and Ortiz continued the Toro trend of good pitching in the CCAA tournament. He pitched 4.1 innings while only allowing one run on three hits and two walks while recording four strikeouts. Ortiz’s 66 pitches were huge for the Toros as he kept a two-run lead into the fifth when Toro skipper Tyler Wright opted for Donovan Waitman, the pitching here in yesterday’s win over top-seeded Cal State Monterey.

“Donny” as Wright called him during Wednesday’s press conference was clutch for the Toros once again. Waitman relieved starter Nate Ortiz with one out in the fifth, proceeded to only need nine pitches to record a strikeout and a fly out and get the boys back in the dugout. Waitman would go on to pitch the sixth inning and start the seventh for a total of 1.2 innings total on the day..

Zachariah McCorvey took over for Waitman in the seventh with a runner on first and no outs. McCorvey allowed a home run to the first batter he faced, Casey Slatter.y to tie the game. After a walk to the next batter, Tyler Wright had seen enough and went to his trusty steed in Carlos Bracamontes.

Bracamontes struggled on the mound on Friday and errors from the defense did not help. An inherited walk and a runner put on by an error by second baseman Emilio Barrera scored to give the Broncos the lead on a double by Ricky Nunez. A walk and fielder’s choice loaded the bases and the Broncos were threatening.

With the game hanging in the balance, Toro manager Tyler Wright had no choice but to make the change for someone who could throw strikes. Julio Lopez was tapped by Wright and paid off big as he immediately recorded an inning ending double play.

An 0-2 home run to lead off the seventh inning by Bronco center fielder AJ Nimeh and another fielding miscue by the Toros in the ninth inning allowed the Broncos to add to the lead.

It was another story in the second game against Cal State San Bernardino. And Ogrin and sophomore pitcher Humbert Chiquito were the main narrators of that tale.

Ogrin crushed two home runs, including a grand slam, and a bases loaded walk gave him a sixth RBIU, while Chiquioto pitches the game of his CSUDH career. 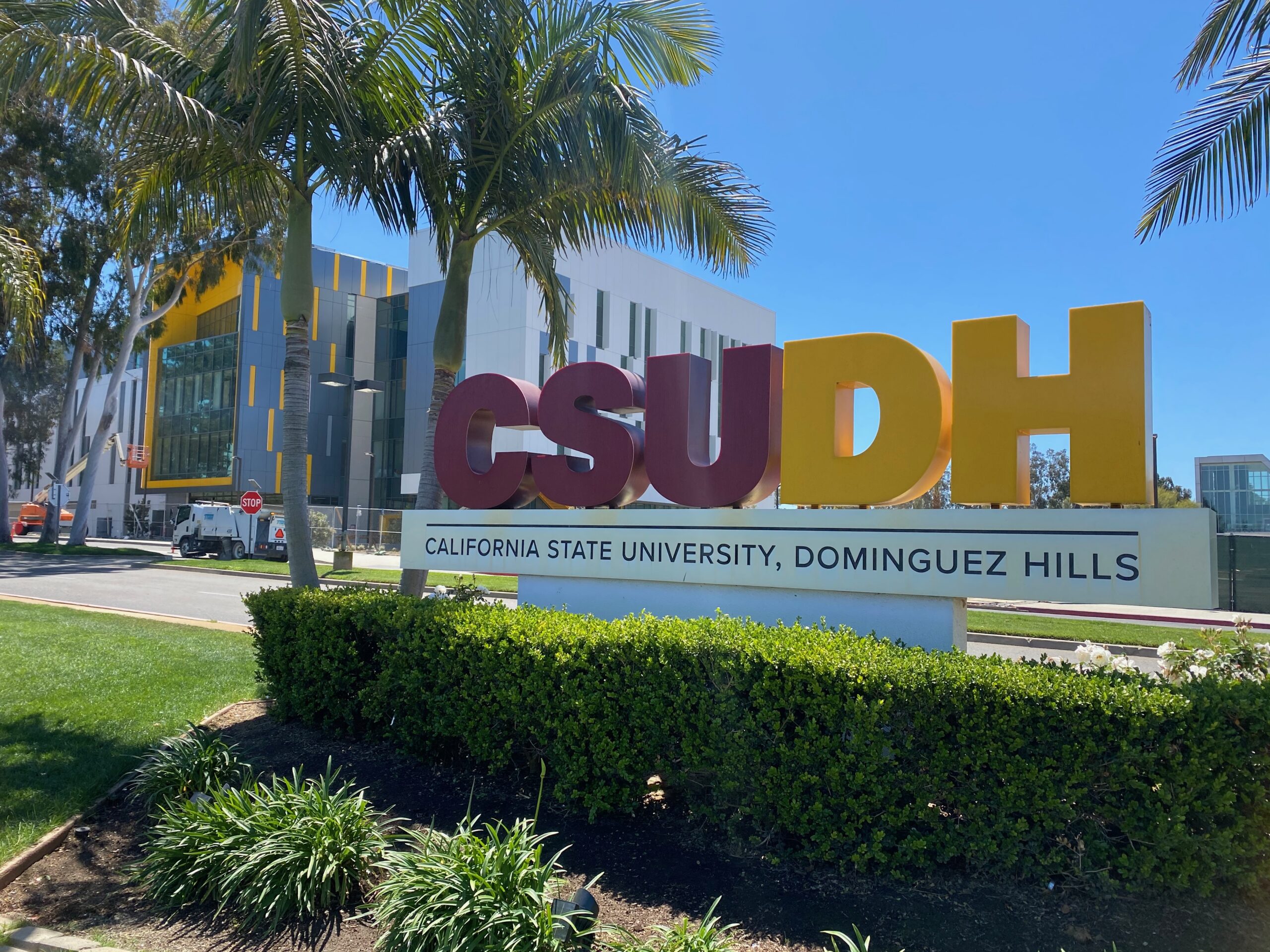 A Building two years in the making, is now here